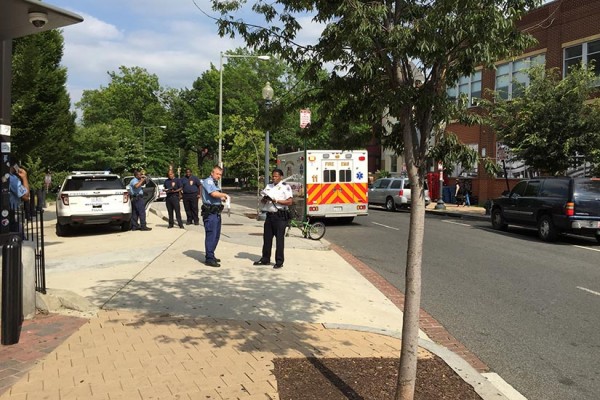 (Updated 4:37 p.m.) A large amount of D.C. Police officers swarmed the Columbia Heights Metro station earlier this afternoon after an officer was assaulted while trying to stop a fight.

D.C. Police rushed to the intersection of 14th and Irving streets NW around 3:50 p.m. on a report of a large group of people fighting. During the fight, say authorities, someone assaulted a police officer.

Dozens of police responded to the scene earlier today:

Many of the officers had already left when a Borderstan reporter arrived on the scene just after 4:30 p.m., however.

Police did not say whether anyone was arrested in connection with the fight. This story will be updated when we learn more.