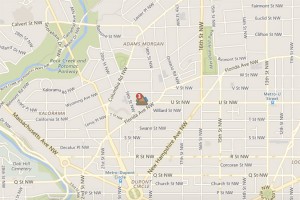 (Updated at 10:09 a.m.) Power has been restored to the nearly 600 Pepco customers that were without electricity in and near southern Adams Morgan early this morning.

The outage, which began yesterday afternoon, affected 586 customers in an area centered around U and Vernon streets NW between 18th and 19th streets NW, a Pepco map showed.

Drivers couldn’t travel in either direction on 18th and 19th streets, according to an alert the D.C. government sent out about 7:45 a.m.