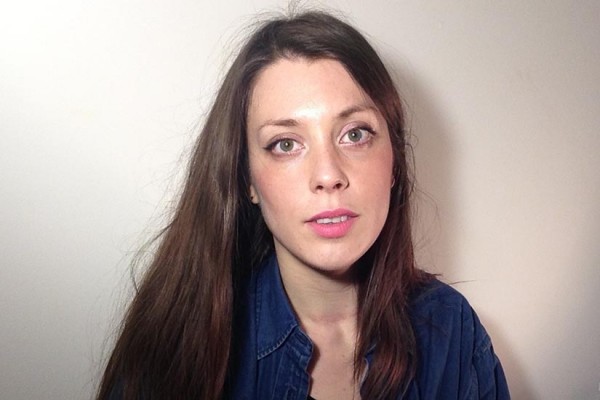 Pearl Rose Hood is lovely. I’ve seen her perform a few times and every time, her sets are simultaneously bold and charming; truly a combination anyone, comedian or not, should strive for.

Borderstan: So, three [shows] a night? I feel like when I first started going to shows, it wasn’t quite to that level, that there would be that many opportunities.

Pearl Rose Hood: There’s opportunities. There’s different kinds of opportunities. If you were to try and do multiple shows a night in D.C., you’re going to inevitably do a range of rooms, based on what would be going on those nights and a lot of people talk about the benefit of doing rooms where it’s not that many people. Maybe they didn’t even know that there was comedy happening and that’s a tough crowd to win over. But that’s the kind of stuff that makes you better in front of crowds that are more accepting, as well. And sometimes it is nice to bomb somewhere and you can do better somewhere else. I at least try to get up six to nine times a week.

[Joking aside,] that’s a lot. And you feel consistently enthused and motivated?

I feel like there’s different kinds of motivation and maybe I’m a little bit of a masochist because the bombing is the best motivation to do better. My spectrum of how I feel I perform is really bad to could’ve been worse, ’cause I feel like I’m still growing. Like, I would never say I crushed or that I killed.

I’m optimistic, but I’m also trying to be realistic. So, it’s always, well, that was pretty bad, or could’ve been worse. And either way, I always wish that I could immediately do another set, but especially if I bombed, it makes a little bit of a fire incentive to go again.

That’s awesome, because one would think that the bombing would actually have the opposite effect, that it would make you never want to do it again.

I think that’s part of the thing that makes you want to do or not do comedy. What’s your response to the bombs? Because a lot of people are really funny. The funniest people I know in my life,  most of them are not comics. It’s like, oh, so and so is funny, they should be a comedian. But, it’s more than just being funny around people.

I agree. There’s a certain quality that is more than just being funny, right?

You have to have a certain screw loose. One thing is also, if you’re really good at other stuff, you might just do that other stuff. If nothing out there in the real world seems to stick well or you’re always having a difficult time getting into different flows or routines out there, then maybe you should be a comedian, because it’s always about making things while you’re playing with logic.

I’ve heard a lot of comedians talk about jobs they’ve had and what a ridiculously terrible time they’ve had in them and what ridiculously terrible workers they’ve been. There’s definitely a feeling of there’s no other way that anyone out there is going to listen to me if I don’t do it like this, if I don’t get everyone together with a microphone right now. For some reason, you feel like you really have something you have to get off your chest.

Yeah, it’s cool that there’s different kinds of shows popping up with different themes. I’m starting a show with two other comics, Brittany Carney and Naomi Karavani at Suns Cinema. It’s a presentation-style show under the guise of a university-type of educational system. It’s funny because Naomi was a U.S. history teacher at New York City high schools, Brittany got her Master’s in public history and works at the Smithsonian and I majored in Art History.

Cool, you all have that background.

Yeah, so it should be fun. We all get to pretend to be professors. I’m going to give everyone an A.

Yeah, I agree with that mentality. Everyone gets an A. Cool and when is that starting, do you know?

End of July, I think. It should be pretty fun.

I feel like since a tree can grow here, maybe Brooklyn, too, but hard to say.

I don’t know. I haven’t been to Brooklyn in a while. I don’t know if they have trees there.

But the trees there could also have been transplanted and not grown there.

The sequel: A Tree Dies in Brooklyn.

As you get older you start to question everything you learned. I guess that’s just part of growing up, right?

Yeah, I think so. Until you meet different kinds of people and hear different stories. Especially, as you’re growing up, you take everything everyone says at face value and I feel like that’s kind of a common thread with comedians, that they all struggled with taking things at face value from an early age…and weren’t necessarily a class clown. Like, I wasn’t a class clown – I was a terrible student and super truant and all that jazz. But I feel like it was more based on a feeling, like, why do I need to be in this building? Also, my school didn’t have any windows, so I really didn’t want to be in there. Isn’t that crazy?

I don’t know how they expected me to go to school at all.

I can only imagine the wide variety of reactions from students or how they were affected by that. Working in a dungeon is depressing, no matter how old you are.

It’s just weird ’cause you’re so depressed being in there with no windows and there’s nothing you can jump out of, so it sucks.

I’ve noticed when people are about to go on stage, they’re in a certain zone, maybe thinking about what they’re going to say or thinking of the jokes they have preparer. Do you feel relief or like you’re still in that zone? What’s that process like for you?

I guess for me, it reminds me a lot of [when I ran track in high school]. Right before, when you’re warming up for your race, you have to get into a mental state where you’re not thinking about anything else, so sometimes, when I’ve had friends come, I’ve had to tell them I love you, but please leave me the f-ck alone or, I’m so sorry; I cannot talk to you.

I’ve just accepted that that’s just part of right before getting into a more focused energy, so you can really try to be in the present moment on stage, and then what happens on stage will absolutely affect how I feel afterwards, so if it went well, no matter what, my hands always sweat a lot. I don’t know why. If it went really well, then I’m really excited, so please talk to me. Come, say whatever you want to me. I would love it. And if I didn’t do well, I’d really like to go off and be alone, but a lot of the growth happens in the painful moments and I feel like a set that didn’t go well, that’s when I need to suck the marrow out of the bad bones.

Hood performs for Underground Comedy shows at places like The Big Hunt and Bier Baron in Dupont Circle, among other shows. Follow her on Twitter @pearlrosehood.

more stories
Previous
Pet of the Week: Asha
Next
Man Blacks Out After Violent Robbery on 14th Street Corridor