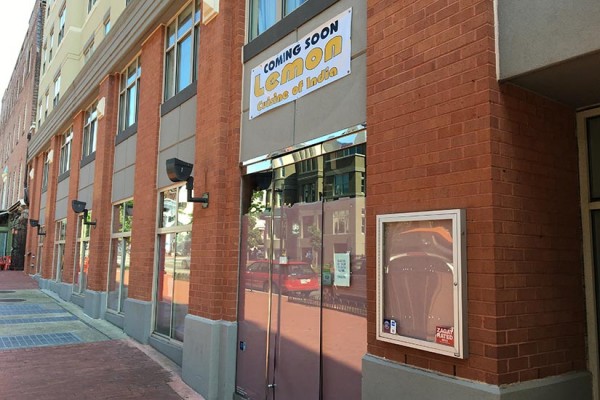 A new Indian restaurant is set to open near Dupont Circle.

An offshoot of Richmond’s Lemon Cuisine of India will arrive in the former Crios space at 2120 P St. NW in about a month, according to an assistant manager with the company.

Signs for the forthcoming restaurant went up some time within the past week.

Lemon Cuisine of India serves a menu that includes dishes such as chicken tikka masala, lamb biryani and goat mushroom curry. The eatery was named by Style Weekly readers as Richmond’s best Indian restaurant in 2014 and 2015.

h/t to Jeff Rueckgauer for the heads up