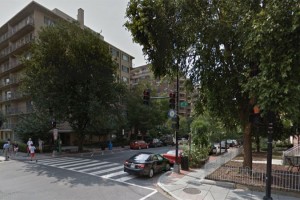 A thief pistol-whipped a man when he didn’t give up his iPhone passcode in a Dupont Circle robbery early yesterday morning, police said.

The armed robbery happened on the 1400 block of 17th Street NW about 4:30 a.m. Tuesday. The area is about two blocks east of the Dupont Circle traffic circle.

The victim was walking to his car when two people came up to him, according to authorities. One of the individuals then flashed a handgun and ordered the victim to hand over his money and cellphone.

The person with the gun and the individual’s accomplice went through the victim’s pockets soon after, grabbing his phone, wallet and keys. The gun-wielding individual then directed the victim to provide his passcode, which he claimed he didn’t remember.

In response, the robber with the gun hit the man with the butt of the weapon. The thieves then fled when they saw another car approaching.

Paramedics treated the victim on the scene for a cut on his nose.