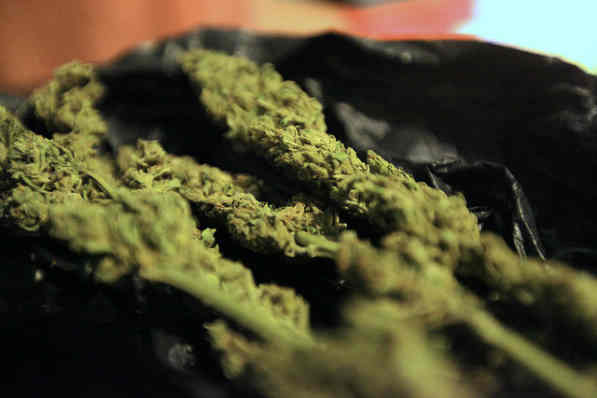 Update at 7:28 p.m. — Another company, Puff Pass and Paint, said the company previously mentioned in this article, “Puff-N-Paint,” copied photos and words from its website.

Puff Pass and Paint’s founder, Heidi Keyes, told us that the person behind Puff-N-Paint “lifted everything word for word.”

“They lifted photos from articles I was in,” Keyes told us. “To see someone had completely copied what I worked on for three years was a slap in the face.”

We were unable to reach a representative with Puff-N-Paint for comment. We’ll update this story if we hear from them.

A company that says it’s running a “cannabis-friendly, all-inclusive art class” will apparently arrive on U Street next month.

The two-hour painting sessions cost $35 and include a glass of wine, a vape pen and art supplies, according to the Puff-N-Paint Eventbrite page. The class also includes “complimentary edible samples,” organizers wrote on that page.

Could this be the future of D.C.’s weed scene? It’s unclear. Though Initiative 71, the law that legalizes marijuana in the District, allows someone to gift pot in small amounts, the law does not allow the sale of weed or the practice of hosting private smoking “clubs.”