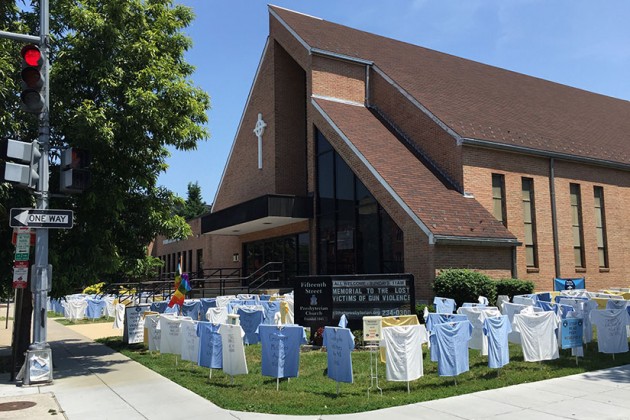 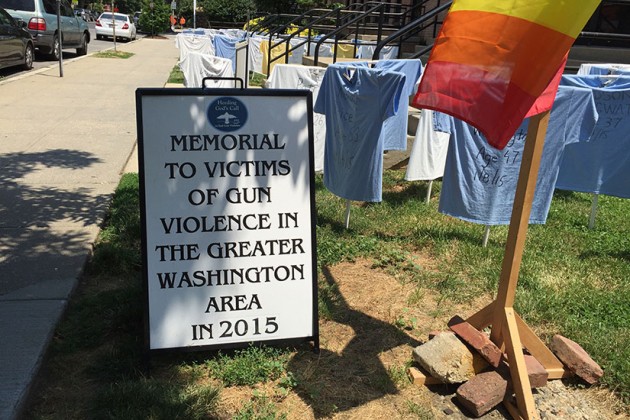 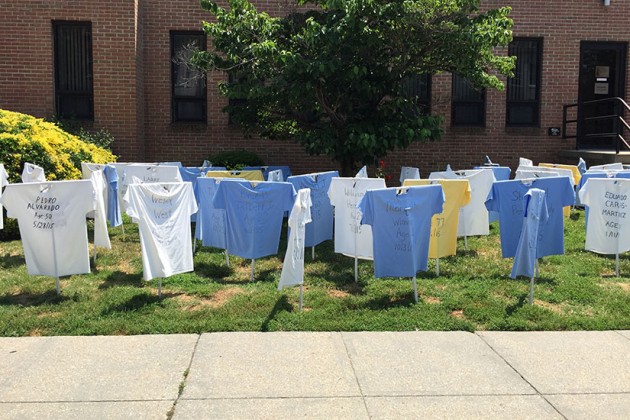 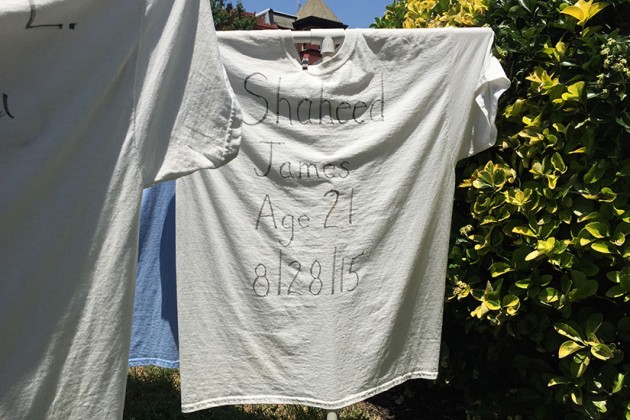 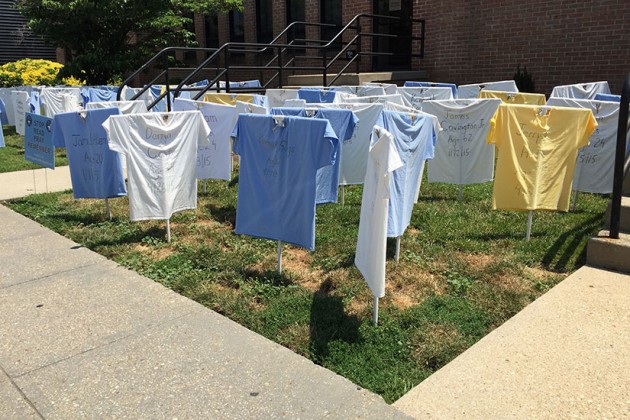 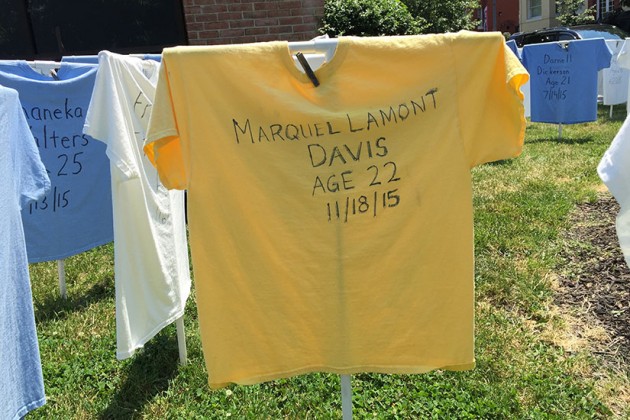 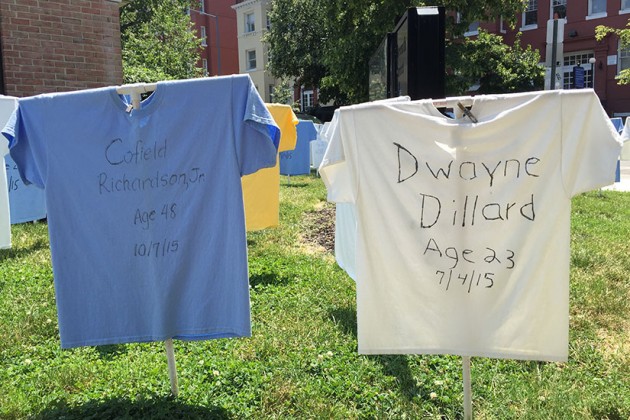 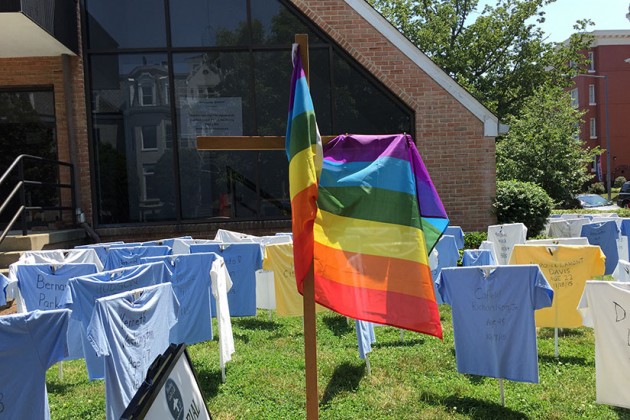 A sea of white, blue and yellow T-shirts has filled the lawn of a Logan Circle church as a tribute to people shot and killed in the D.C. area last year.

Like tombstones, hundreds of shirts at 15th Street Presbyterian Church (1701 15th St. NW) stand tall for each gun-related death in 2015. Each shirt has the name, age and date of death of a victim.

“Each one is a human being, a child of God,” according to an information sheet left alongside the memorial. “Each one deserves to be remembered.”

The tribute was coordinated by Heeding God’s Call, a faith-based nonprofit organization dedicated to ending gun violence. The memorial was conceptualized as a way to increase the awareness of gun violence, according to the group’s website.

Unlike a cemetery, the memorial is open to visitors anytime.  Locals driving, biking or walking past can pay their respects to people who have not only lost their lives in the D.C. area, but throughout the country, according to the organization.

The first T-shirt memorial for gun-related deaths went up in Philadelphia in 2012. Heeding God’s Call’s brought it to the D.C. area in 2013.

“Some feel grief at the tremendous loss of life,” the memorial’s info sheet says. “Some feel sadness for the families and friends who have lost a loved one. Others feel anger at the violence that destroys so many lives–or anger at those who allow it to go on without doing anything–or doing enough–about it.”

The memorial is slated to remain on display until Saturday, July 9.