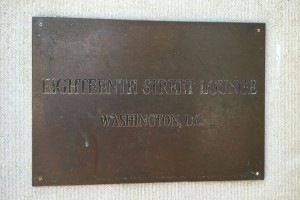 A man whacked another man in his eye with a glass beer bottle and choked him at a Dupont Circle bar over the weekend, police said.

It wasn’t immediately clear what led to the attack or whether the men knew each other. But the victim left the bar with a cut near his left eye, which also was swollen.

Nevon Burney, 38, was arrested in connection with the assault, according to authorities. Information on his lawyer wasn’t immediately available.

A man also tried to stab a security guard at Howard University Hospital this past weekend, police said.

The attempted stabbing happened as the guard was trying to escort the man from the hospital at 2041 Georgia Ave. NW about 7:45 a.m. Saturday.

The guard and the man were arguing on the way out when the man pulled out a knife, according to authorities. The man with the knife then jabbed it at the guard before fleeing.

One man punched a man, and another man repeatedly hit the victim with a belt, before taking his cellphone in Dupont Circle over the weekend, police said, too.

Darrell Cottingham, 29, and Akeyeem Perpie, 22, were arrested in connection with the crime, according to authorities.