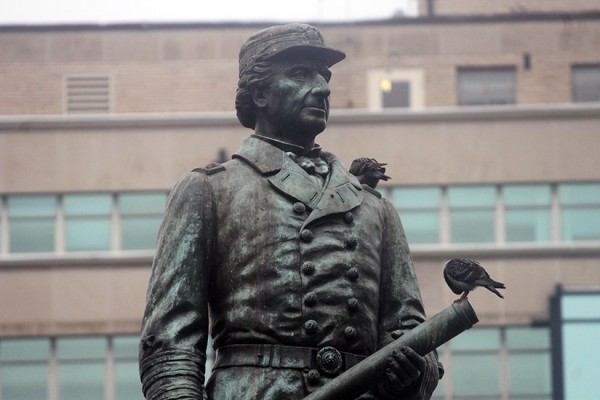 Alfie’s to Leave Home in Park View Next Month — Chef Alex McCoy will end his time in the former Mothership space at 3301 Georgia Ave. NW by the end of July. But the bar won’t move to Petworth as originally planned, McCoy reportedly said. Instead, the bar is headed for a “yet-to-be-finalized location.” [Washington City Paper]

Music Lovers Get Engaged at 9:30 Club — A photographer captured the moment when two people got engaged inside the nearly empty music venue. [Washingtonian]

Local Murals Collected for Coffee Table Book — The founding director of DC Murals plans to publish a coffee table book that includes some of D.C.’s past and present murals, but she needs help raising money. [Washington City Paper]

Fundraiser Planned for West Virginia Flood Victims — Smoke and Barrel, a bar in Adams Morgan, will host a fundraiser for the victims of the recent flooding in West Virginia. The fundraiser is being organized by two West Virginia natives and D.C. locals. [Barred in DC]