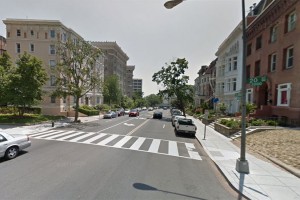 A thief knocked a man into a fence and robbed him in Adams Morgan yesterday afternoon, police said.

The violent robbery happened just north of the Washington Hilton on the 2000 block of Columbia Road NW about 4:30 p.m. Tuesday.

The victim was trying to open an apartment building door in the area when a man came up to him from behind, according to authorities. The new arrival then pushed the victim into a fence.

The attacker soon after took $100, credit cards and other items from the victim and fled.