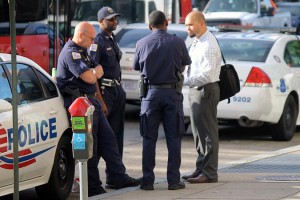 Police have arrested a 17-year-old in connection with a deadly shooting that occurred in Columbia Heights two weeks ago.

The teenager, who was not named by police, was arrested yesterday and charged with murder two while armed, according to authorities.

Police found 2o-year-old Devonte Crawford of Northwest D.C. with a gunshot wound on the 2900 block of 14th Street NW about two weeks ago. He was pronounced dead at the scene.