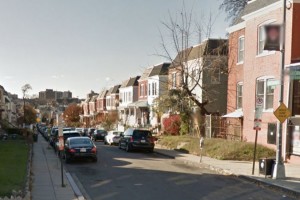 A man hit another man with a gun and knocked him unconscious in a domestic dispute near Columbia Heights early yesterday morning, police said.

The aggravated assault happened on the 700 block of Gresham Place NW about 3:15 a.m. Wednesday. The area is just west of Howard University.

The attacker and the victim were in a home on the block when the assailant pistol-whipped the man, according to authorities. The man with the gun hit the victim after he intervened in a dispute between the attacker and a third man, who also was there. The assailant had threatened to kill that person.

Police arrested someone in connection with the crime. But the person’s identity wasn’t immediately clear.