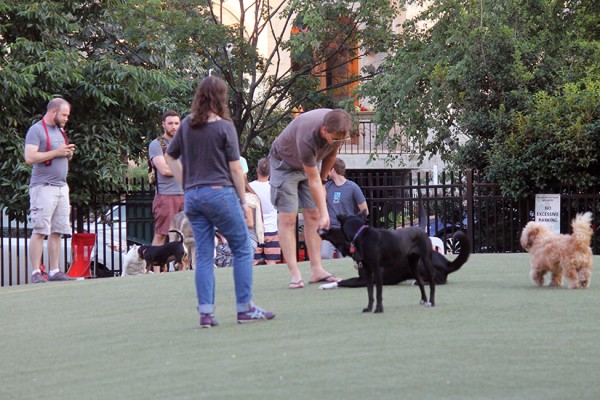 Park Police Totally Obliterate Mannequins for Firework Safety — U.S. Park Police and D.C. Fire and EMS officials demonstrated the danger of fireworks by blowing up fake people yesterday. The annual pyrotechnics display, though odd, teaches us a valuable lesson: fireworks can literally blow up in your face. [Twitter / D.C. Fire and EMS]

‘Dangerous Median’ in Park View? — A “poorly marked” median is possibly to blame for two crashes in Park View earlier this week, according to a local blogger. The median is reportedly hard to see in the rain. [New Columbia Heights]

Downtown Church Welcomes Muslims — A church downtown is inviting local Muslims to come and pray there. The Church of the Epiphany, an Episcopal church at 1317 G St. NW, puts out the call for prayer every Friday. Hundreds of Muslims arrive every week to worship and pray. [CBS News]

Metro Drops Charge for Entering, Exiting Stations During Delays — Riders who enter, then exit a station due to heavy Metro delays will no longer be charged a fare, according to Metro officials. The new program starts today. [WTOP]