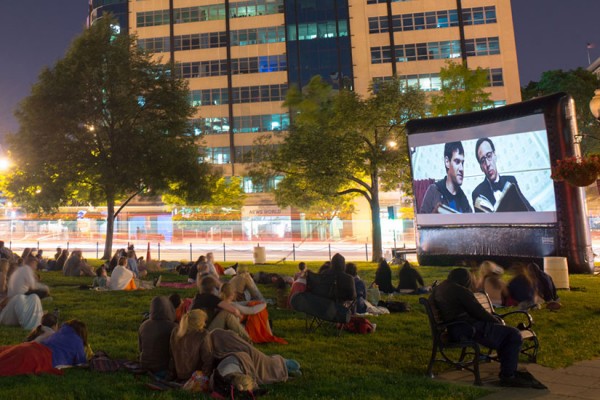 Ward 1 residents can stop by Girard Park tonight and talk with D.C. Councilmember Brianne Nadeau. She plans to discuss public safety and other topics of concern.

Locals can bring their kids to another puppet-filled event in Park View tomorrow. The event is set to include “great music and stories,” along with puppets.

PETA is slated to protest in front of the White House to speak out against President Obama’s supposed interest in attending a “running of the bulls” event in Spain this month, according to a Facebook event page.

The Adams Morgan bar is slated to close up shop later this month, but not before hosting two final blues events.

D.C. Bike Party invites locals to bring their bicycles to Dupont Circle on Friday to celebrate its 4th birthday. There’s also an after-party planned after the bicycle ride at Milk Cult warehouse (79 Hanover St. NW), which is slated to include dancing, $5 beer, ice cream and free bicycle parking, according to a Facebook event page.

The Golden Triangle BID will host a screening of “Clear and Present Danger.”

The Silent Dance Society is hosting a silent disco party in Shaw this Saturday. The event will include music from three different DJs pumped through wireless headphones.

Six local vendors from fashion, art, beauty and design industries are scheduled to show up at the U Street bar for a special event.