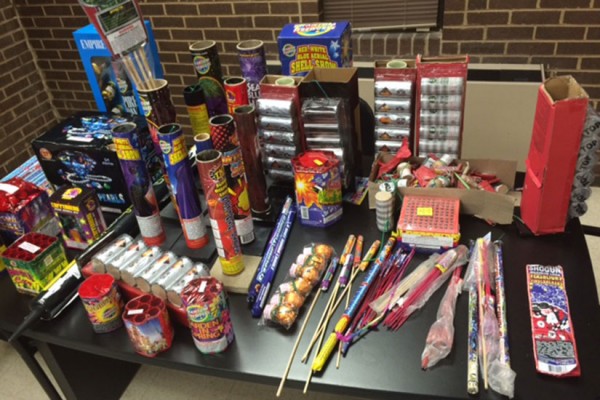 Rain wasn’t the only force that put a damper on Independence Day celebrations over the long weekend.

A photo Emerman released shows a table covered with what appear to be bottle rockets, firecrackers and other prohibited Fourth of July party supplies that cops seized.

“Throughout the night we have received many calls regarding illegal fireworks in the community,” he said. “The Third District officers have been working extremely hard.”