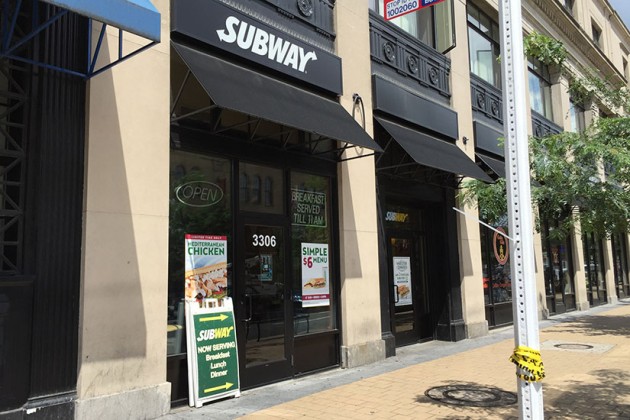 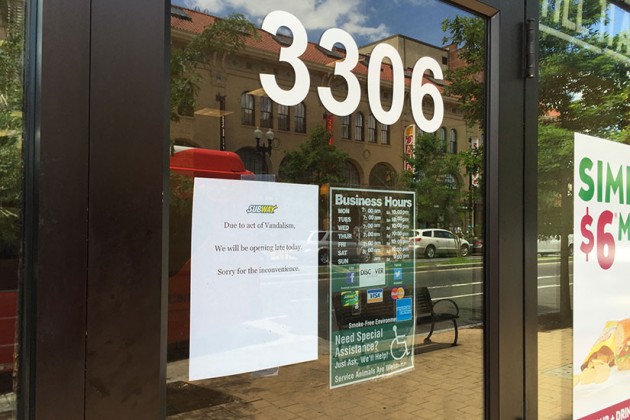 The incident, which police classified as an assault with a dangerous weapon, happened in the Subway at 3306 14th St. NW about 8:45 p.m. Tuesday. D.C. Fire and EMS officials believe the explosive was a cherry bomb, agency spokesman Doug Buchanan said.

The two victims were sitting in the eatery when someone threw the device near them, according to a police report. It then went off, giving the victims “several injuries” and leaving the restaurant with at least $5,000 in damage, the report said.

At least one person was hospitalized, Buchanan said.

When a Borderstan reporter visited the eatery this afternoon, a sign taped to the front door said:

“Due to [an] act of Vandalism, We will be opening late today. Sorry for the inconvenience.”

A Subway representative inside the restaurant declined to comment.