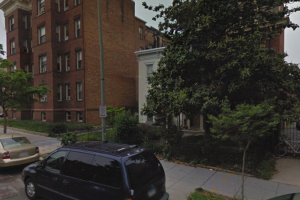 Three thieves with a gun beat up and robbed a man in Shaw early yesterday morning, police said.

The violent armed robbery happened on the 900 block of N St. NW at about 1:11 a.m. Sunday morning, according to authorities. The area is about one block west from several popular Shaw restaurants and bars.

Three men were walking along the sidewalk when they were approached by three suspects, authorities said. One of the suspects asked if the men had any marijuana or money. When one of the men replied “no,” the suspect pulled out a black handgun and pointed it at him. The two other suspects then hit the man in the face, knocking him to the ground.

Two of the suspects kicked the man repeatedly before making away with his wallet, $105 and a D.C. ID.

Additionally, someone with a knife tried to rob a cyclist in Logan Circle late Friday, police said.

A robber with a “large knife” told a cyclist to hand over their bike and money on the 1500 block of P St. NW around 10:45 p.m. Friday night, according to authorities. But the cyclist simply rode away unharmed.

Authorities did not provide a description about the suspect.

more stories
Previous
Longtime Shoe Repair Shop Closes on U Street Corridor
Next
POLL: What Name Should This Adams Morgan Plaza Have?