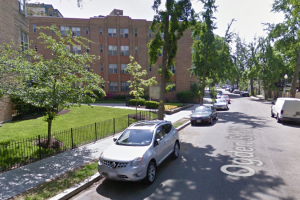 A man with a gun robbed two women in Columbia Heights yesterday afternoon, according to D.C. Police.

Two women were walking along Ogden Street when they were approached by a man with a black handgun, according to authorities. The man told one of the women to “give me all your sh-t,” to which she complied. The man then told the other woman to “give me your sh-t before I use this gun,” and she also complied.

In total, the thief made away with two iPhones, a laptop and two designer handbags, among other items, according to a police report.

Authorities have asked locals to be on the lookout for: