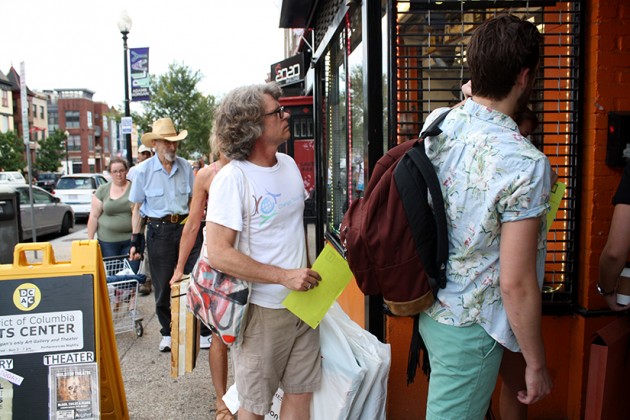 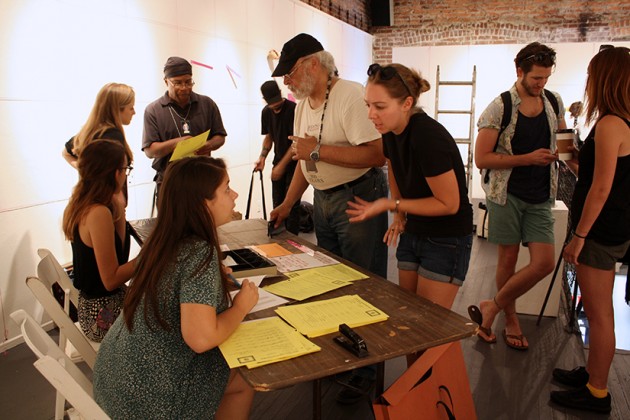 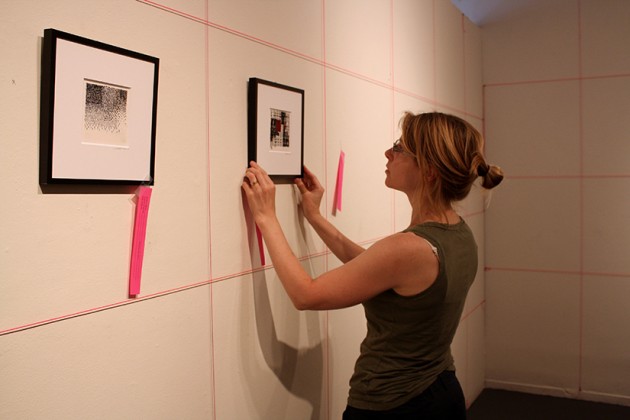 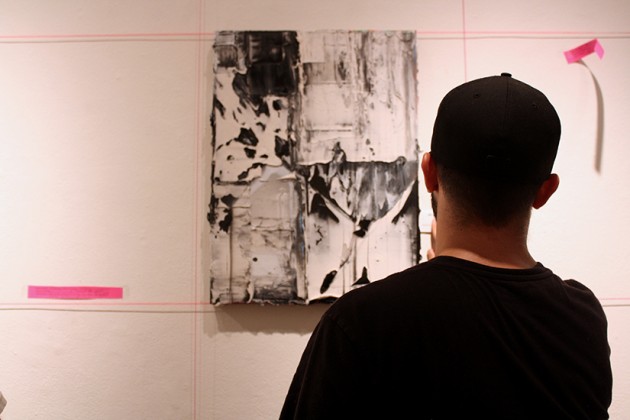 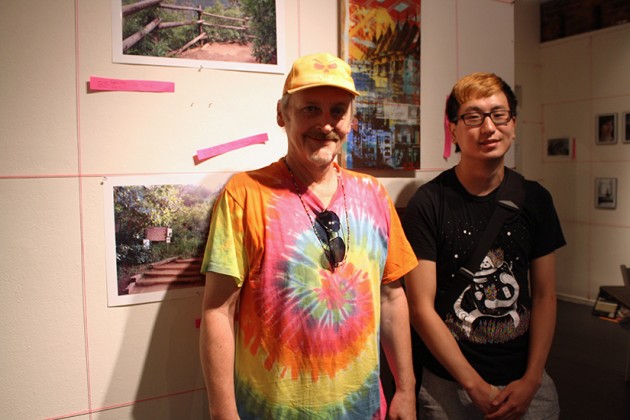 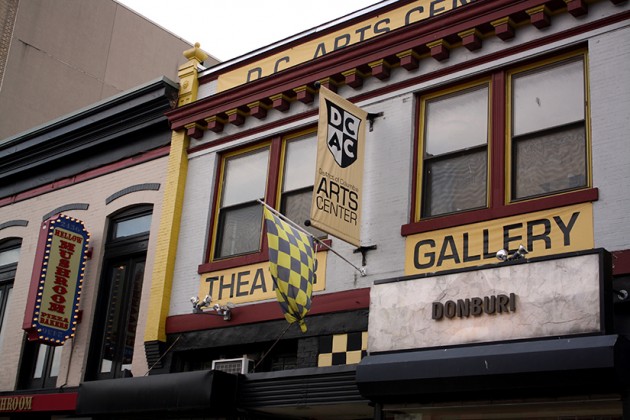 A longtime art gallery in Adams Morgan will showcase hundreds of works from local artists as part of an annual show that runs through the end of August.

More than two dozen emerging artists visited the DC Arts Center (2438 18th St. NW) yesterday and paid $15 to secure a space on the gallery wall as part of the annual exhibition called 1460 Wallmountables.

Executive Artistic Director B. Stanley said the event regularly attracts dozens of artists from around the District.

“Over the last 10 years, people have really taken it seriously and show something of quality and show it well,” Stanley said.

The local art is displayed across the gallery’s walls and includes photographs, paintings and other mediums. There is no curation or selection process. If an artist pays the $15, their work goes on the wall. As the gallery’s slogan goes, “if it fits, it shows.” And it’s worth it, Stanley said.

“In my 22 years working here what surprises me is just how much quality work is out there that we don’t get to see,” said Stanley.

Newcomers claimed their space on the wall yesterday alongside longtime participants like father son duo Roy and Jacob Utley.

“This show allows you to see the broadest range in D.C.,” said Jacob Utley, who has participated in the show since he was 10 years old.

Since the show began in 1990, it has turned into a highly sought after opportunity for artists to display multiple pieces of work in a D.C. gallery for the public to see.

“There are about 300 to 400 pieces of art shown from 75 to 100 different artists,” said Stanley,  “People can expect to see diverse subject matter, usually political, esoteric or silly.”

This yearly exhibition has not only given artists the chance to sell their work, but also form relationships with other artists, Stanley said.

“It’s a great networking event for people who typically wouldn’t talk to each other,” Stanley said, “and it gives them the opportunity to talk about something that is close to their heart, their artwork.”