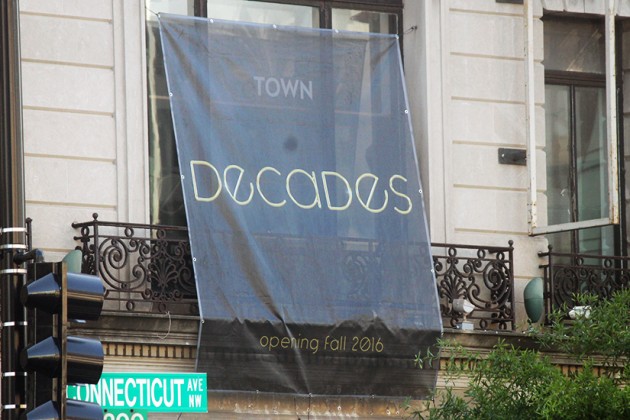 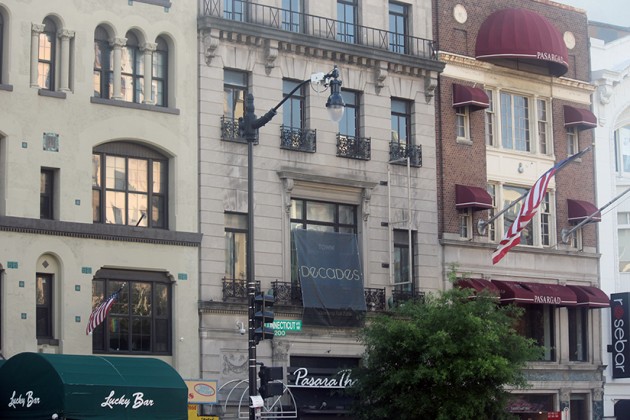 Several of the owners behind a group of popular D.C. bars and hangouts have plans to open a new dance club in the former Midtown Space in Dupont.

Decades, a new business from the partners behind Echostage, Soundcheck, Ultrabar, Barcode and other businesses, will open at 1219 Connecticut Ave. NW this fall, according to managing partner Antonis Karagounis.

The bar is an homage to D.C.’s “retro” club scene, Karagounis said.

“It’s supposed to bring back the old-school vibe of the multi-level, multi-DJ clubs that defined D.C. Nightlife in the ’90s and 2000s,” Karagounis said. “Places like Spy Club, Zei Club, Fifth Column, Vault, The Ritz, Tracks, DC Live, [and] Love, were nightlife staples in the ’90s and 2000s. Decades is supposed to recreate that vibe and atmosphere and give clubgoers a new weekend hangout where they can party and be part of various decades of nightclub music.”

When the forthcoming club opens, DJs will spin music from bygone eras on all three of the building’s floors and on its rooftop deck. Though the nightclub won’t serve food or snacks, its bartenders will sling past club staples like orange crushes, Jello shots and Goldschläger, Karagounis said.

But don’t expect it to look like Midtown, Karagounis added.

“We will fully renovate the space,” he explained. “We’re just cleaning it up and focusing on decor, lights and sound.”

The overall goal is to capture some of the magic that made D.C.’s previous club scene so popular, Karagounis added.

“We want to recreate a retro vibe, educate the younger generation that is eager to party to the music they know and can sing along to,” he said. “We want to tell the story of  four decades of music and nightclub culture.”

Karagounis, along with Arman Amirshahi and investor Bo Biabani, will oversee the club’s ownership and operation. Karagounis has also enlisted the help and advice of Eric Jao, (DJ Enferno) and local blogger Marcus Dowling.