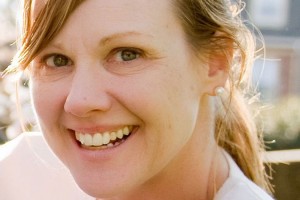 Christine Miller yesterday secured “decisively more” votes for Nguyen’s ANC 1A05 seat than her opponent, Oliver Barham, according to commission Chairman Kent Boese. But it wasn’t immediately clear exactly how many votes she received in the special election.

Nguyen stepped down in May to move to Philadelphia, triggering a race for the ANC single member district, which is bounded roughly by Newton and Irving, roughly 16th and 14 streets NW.

Miller, who has lived in Columbia Heights for over 11 years, told Borderstan last month she hopes to use her relationships with community leaders and businesses to help connect them with her neighbors.

ANC 1A passed a resolution last night requesting that the D.C. Board of Elections declare the vacancy filled. As she waits for Councilmember Brianne Nadeau of Ward 1 to swear her in, Miller will serve as an acting commissioner.

“The commission looks forward to working with Christine,” Boese said. “I personally welcome the energy and the attention to detail that she has already demonstrated in our interactions.”

Miller added in an email:

I’m excited and looking forward to working with all of the Commissioners for the rest of this term and if reelected in November, for the following term starting in January. Having two candidates for this position has been a valuable experience and Mr. Barham and I worked hard to engage the community in this process. I reached out to as many members of our SMD as I could to begin the conversations about the role of the ANC, what their Commissioner can do, and how to best keep them informed on the issues in our neighborhood. People can expect me to continue these efforts. I am a huge believer that information is a powerful tool and what I have heard consistently from people in the SMD is that they want to help and work towards solutions but don’t know how. There is unfamiliarity with the role of the ANC, the Commissioners, and all the different ways to get involved and affect change in their community. To help with this, I started a community blog to try to give updates on meetings, agenda items, and public hearings, etc. along with some more detailed description of some of the issues that are coming so people don’t have to spend hours researching just to get caught up. I have also reached out to community associations in the SMD to get involved with them and try to make myself as accessible as I can. I plan on working hard, but I also plan on developing more engagement with my constituents to magnify the reach of my efforts.