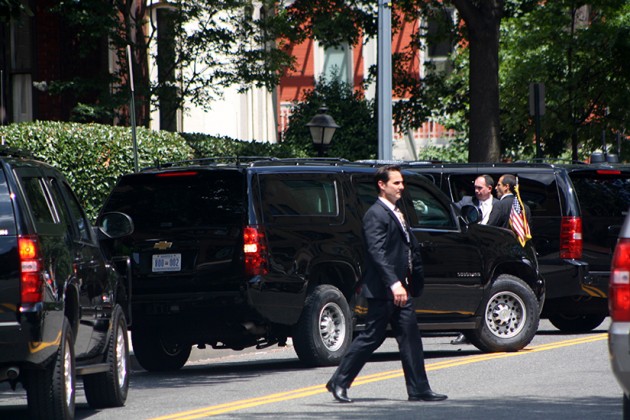 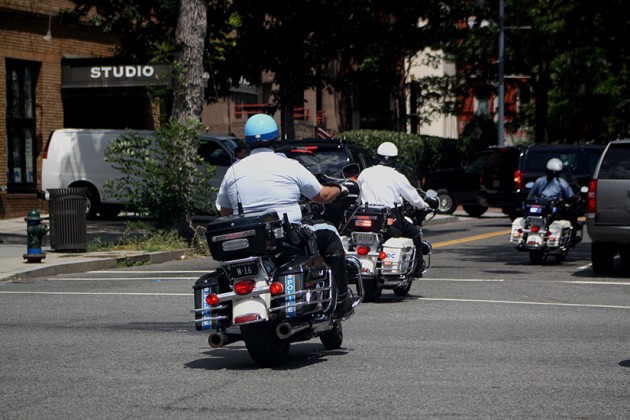 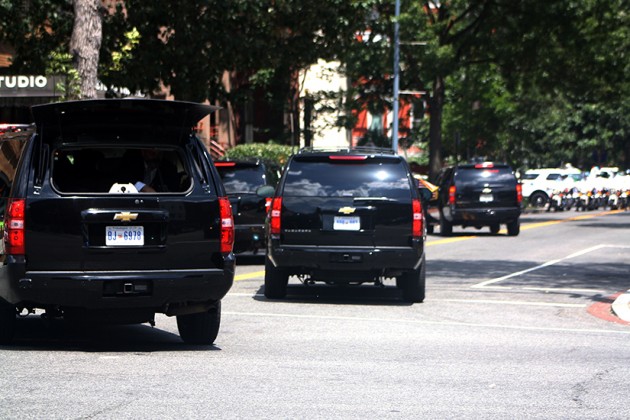 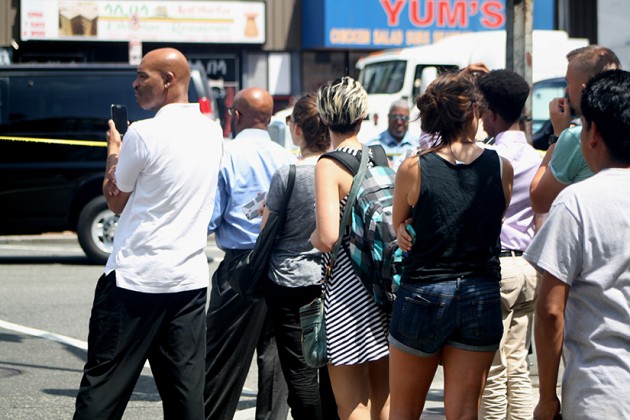 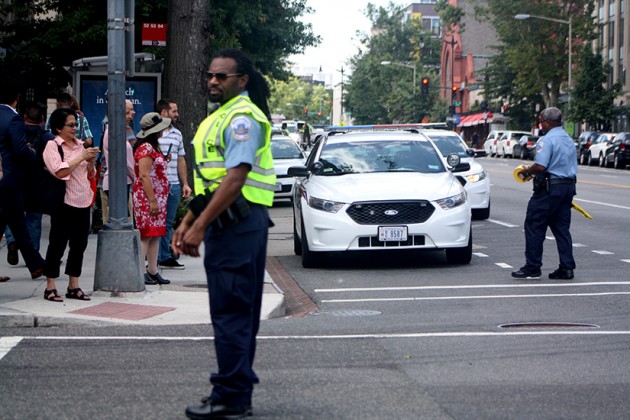 (Updated at 4:56 p.m.) The presidential motorcade rolled down 14th Street this afternoon as President Obama headed to the site of his latest town hall meeting.

Obama is holding a town hall meeting hosted by Disney’s television networks at the Studio Theatre (1501 14th St. NW) this afternoon. The town hall meeting is titled “The President and The People: A National Conversation” and is scheduled to air nationwide on ESPN and ABC tonight at 8 p.m.

The meeting will focus on racial issues, justice, policing and gun violence.

A crowd of people eager to catch a glimpse of the president lined the sidewalks as police shut down streets just before 2:30 p.m. this afternoon. Obama’s motorcade arrived just before 3 p.m. to cheers from the crowd, but the president stayed out of view.

14th Street between Rhode Island Ave. to about Q St. NW were closed for nearly an hour and a half today. The roads reopened just before 5 p.m.