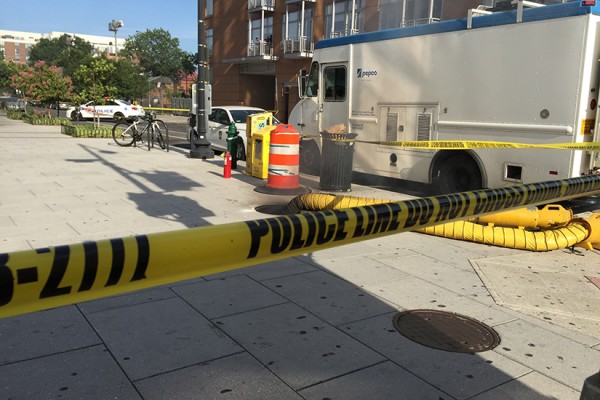 Update: Power has been restored to most of the area, Pepco said. See our original story below:

(Updated at 7:07 p.m.) Thousands of Pepco customers lost power earlier today, according to the power company. 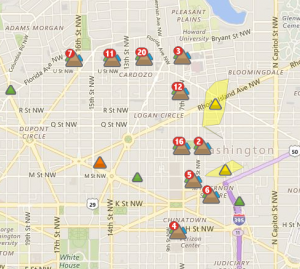 Nearly 11,000 Pepco customers in a large swath of the Northwestern portion of the city lost power just after 5 p.m. today.

As of about 7 p.m., only about 6,000 customers were without power, according to Pepco’s outage map.

Outages were reported near U Street and in Shaw, LeDroit Park and Chinatown.

Some traffic lights in the area were reported out, warned D.C. Police. Many businesses, restaurants and bars in the area were closed, including Glen’s Garden Market, All Souls, Mulebone and the Anthony Bowen YMCA.

D.C. Fire and EMS reported a transformer fire near the intersection and 14th and V streets NW earlier today.

“Our units standing by as Pepco attempts to cut power to area involved,” D.C. Fire and EMS tweeted. The tweet includes a video of smoke pouring from an open manhole.

Crews assessing damage to equipment in Shaw & surrounding areas. As they work to restore power, estimated restoration times will be updated.

Pepco has estimated the power could return to the area throughout tonight and tomorrow.