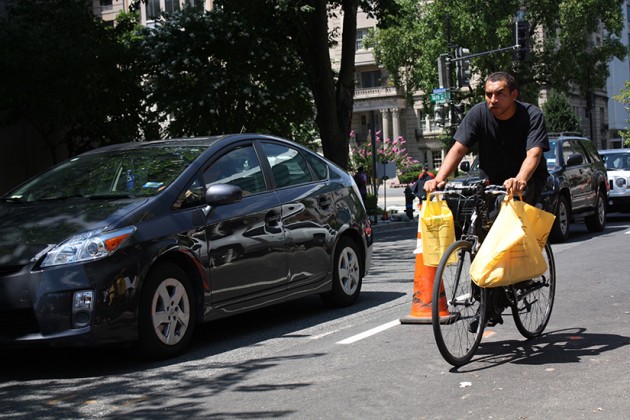 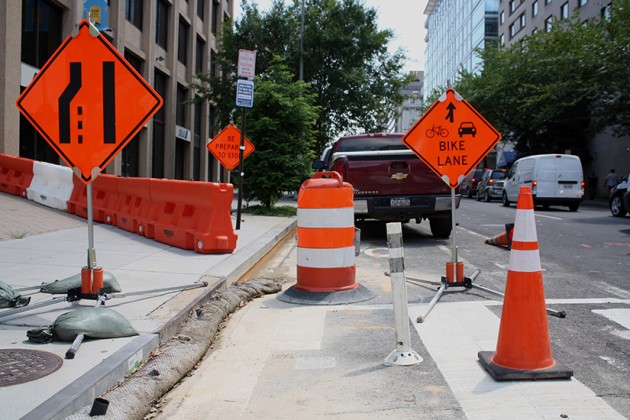 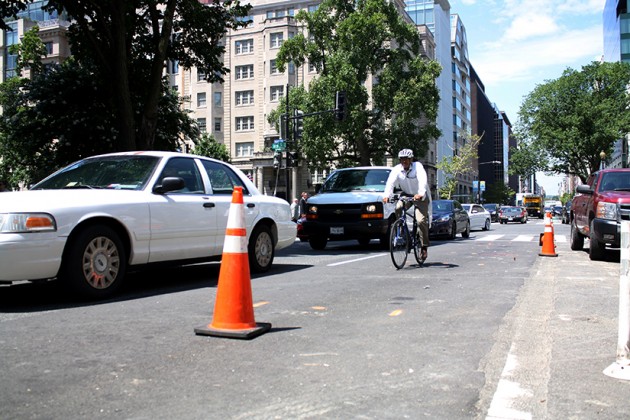 Dupont Circle’s neighborhood leaders are calling upon the District Department of Transportation (DDOT) to reopen a bike corridor downtown that was closed to accommodate a construction project.

Dupont’s ANC 2B voted on a resolution Wednesday night to urge DDOT to restore a portion of the protected bike lane on the 1500 block of L Street NW that was closed to give construction workers there a two-lane staging area.

Cyclists are currently forced to merge with traffic on that block, creating “unsafe conditions,” the ANC’s members warned.

“Right now, cyclists traveling in a protected bike lane on L St. have to merge into a shared lane with cars and trucks at 16th Street,” said 2B commissioner Noah Smith in an email to Borderstan. “We think that’s unacceptable and that a law we supported in 2013 (The Bicycle Safety Amendment Act of 2013) was designed to prevent exactly that kind of dangerous situation.”

The ANC proposes that DDOT make one of the two lanes being used for construction staging into a protected sidewalk and bike lane for the duration of the construction project.

“The DDOT Director has the authority to revoke the public space permit for the lane closure in order to protect the safety of the people,” Smith said. “We voted unanimously that he should return one lane to the traveling public and re-install a protected bike lane and sidewalk before a tragedy occurs.”

The matter now travels to the city agency for consideration.