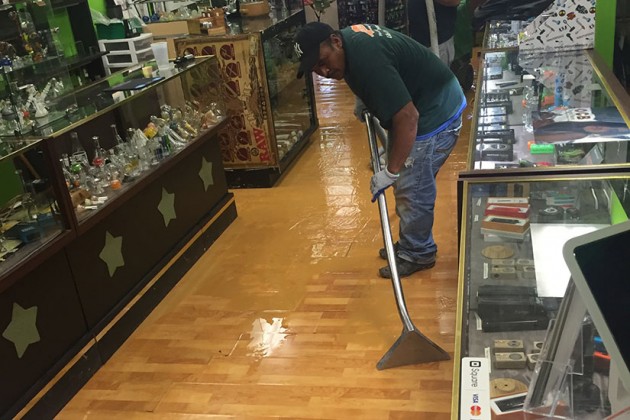 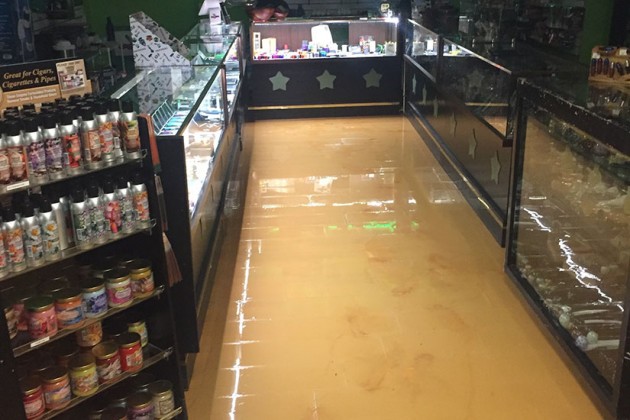 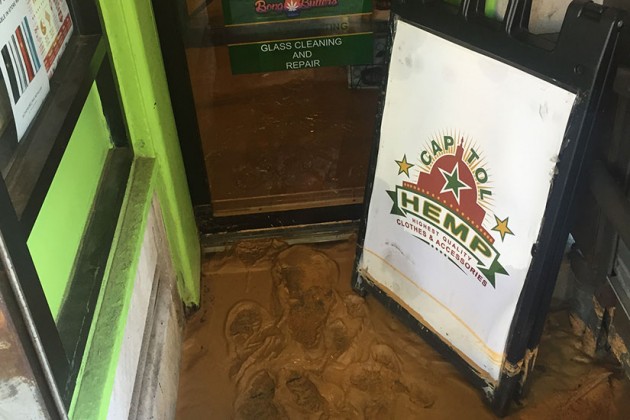 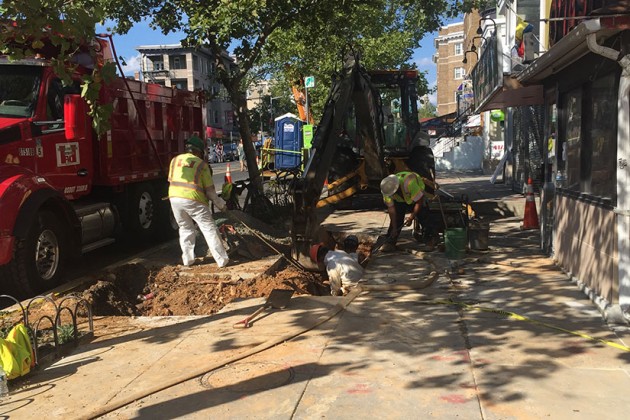 (Updated at 1:38 p.m.) An Adams Morgan hemp shop has shut down for now following a water main break that flooded the store.

Capitol Hemp at 1770 Columbia Road NW hasn’t opened since muddy water poured into the shop about 2:30 a.m. yesterday. The store might not start selling at least some of its bongs, vaporizers and hemp products until Wednesday or Thursday, general manager John Brassfield said.

“I received the phone call from Alan Amsterdam, one of our owners, yesterday morning informing me that the store had been flooded,” Brassfield said. “So I put on my shoes and rushed over to the store.”

When he arrived, Brassfield found about 8 inches of brown water that had rushed down Capitol Hemp’s front steps and into the store, causing products along the bottom shelves of the shop’s display cases to float into the water. Crews showed up around 6 a.m. Sunday to dig up the sidewalk and begin repairs on the busted water main, said Adam Eidinger, another co-owner.

“No one actually noticed” the flooded shop, he said. “It didn’t set off any of our alarms, and none of our neighbors were affected.”

The owners hired flood damage restoration company Servpro to aid in the cleanup. Although it wasn’t immediately clear what exactly caused the wain main to burst, or what the total value of damaged property was, Eidinger expects he and his co-owners will have to replace at least some of Capitol Hemp’s drywall and products.

“Retail is a struggle; it’s worse than it was 5 years ago,” Eidinger said. “We’re a month-to-month business, which means that missing a few days can mean having zero profit for the month.”

The shop was preparing to celebrate its first anniversary of its renovated Adams Morgan store before the flooding. The owners now are planning a grand reopening anniversary party for Aug. 3.