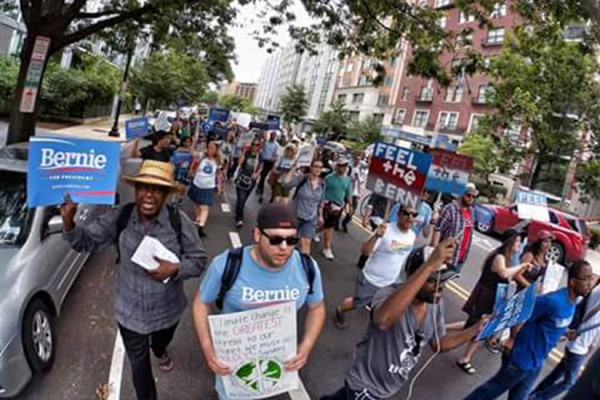 D.C. is set to “feel the Bern” once again later this week.

Members of Democracy Spring and other progressive groups are slated to hold a rally for 2016 Democratic presidential candidate Bernie Sanders at Farragut Square from noon to 4 p.m. Sunday, according to a Facebook event page.

Saying they “‘Will! Not! Yield!'” in a Facebook post, organizers vowed to “demand change & reject finance campaign corruption and voter suppression” during the “#MarchForBernieUSA.”

“Bernie has not dropped out of the race,” Moore said. “He is still the most likely candidate to defeat [presumptive Republican nominee Donald] Trump.”

She added: “He has an opportunity to change the minds of of the super delegates at the [Democratic] convention. Hillary’s trustworthiness has continued to fall.”