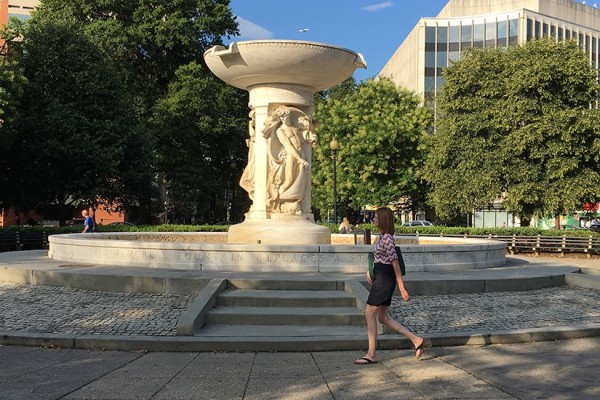 Water could flow from Dupont Circle’s historic fountain later today after nearly a month of inactivity.

That’s the latest news from Mike Litterst, a public affairs officer with the National Park Service. Litterst said that crews could finish repairing the fountain and switch it on by the end of the day today.

“The contractors who are making the repairs to the fountain found some additional leaks in the piping over the weekend and are working on that today and tomorrow,” Litterst said. “They hope to have the fountain operational by the end of the day on Tuesday.”

Officials turned the fountain off last month to fix a broken motor that was causing it to overflow, Litterst said. The NPS also drained and cleaned the fountain last week in preparation for its second debut of the season.

What about Meridian Hill Park? That fountain too, is on track to be filled soon, said Emily Linroth, public affairs specialist with the NPS. It will likely take workers about two more weeks to repair a broken pump motor in Meridian Hill Park’s cascading waterways, Linroth said.

“We’re anticipating two weeks until it’s installed and running,” Linroth said. “And then it will take us about two days to fill the fountain with water.”