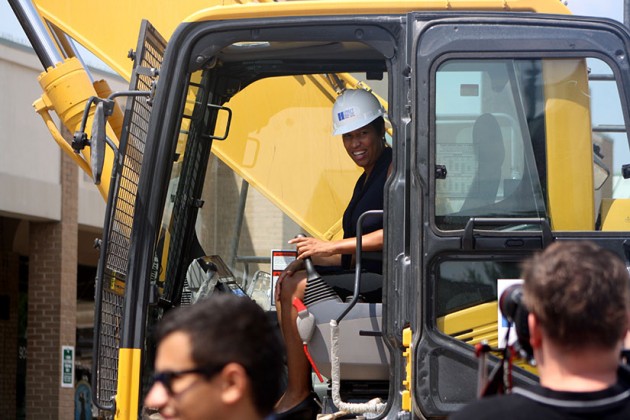 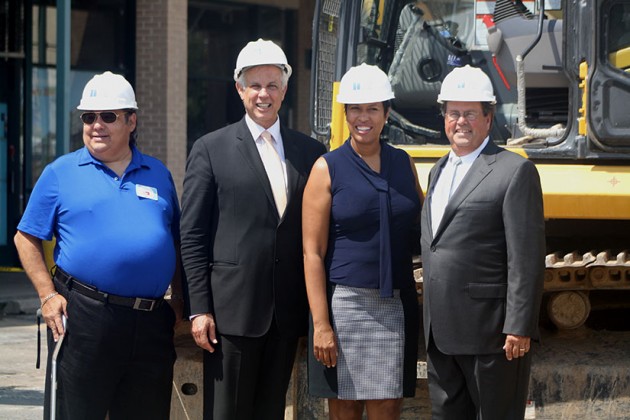 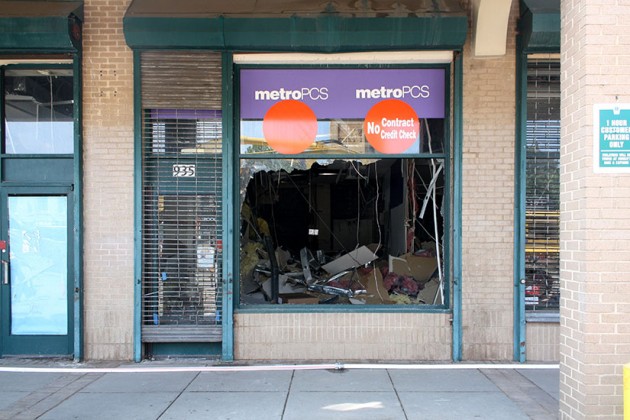 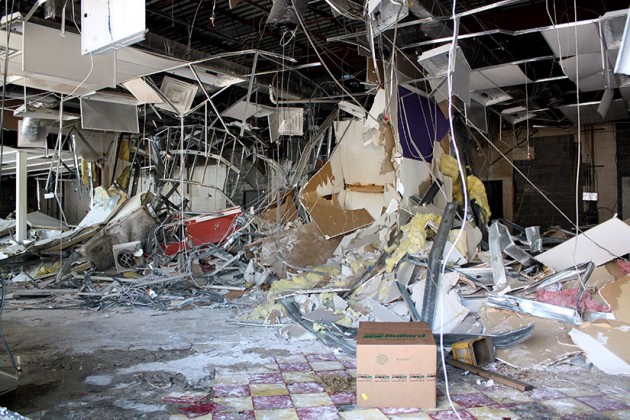 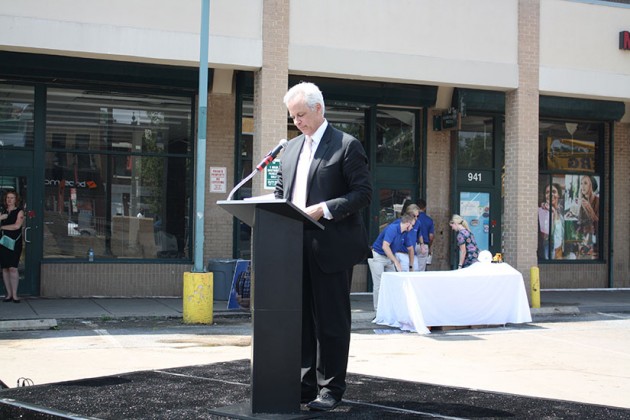 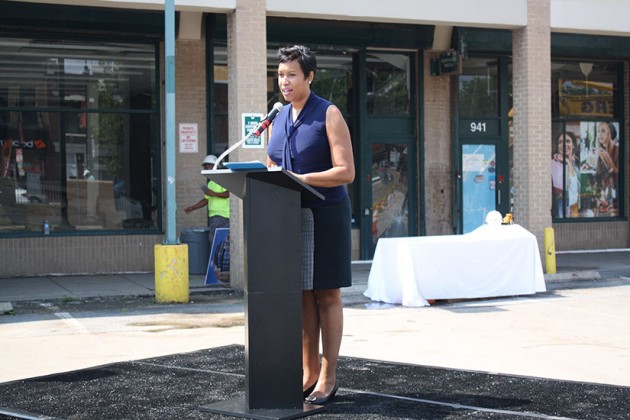 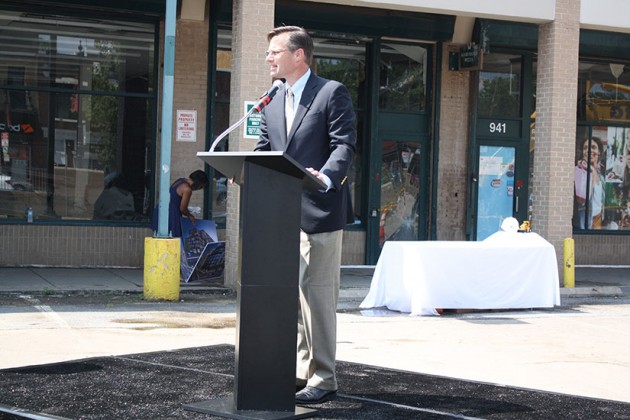 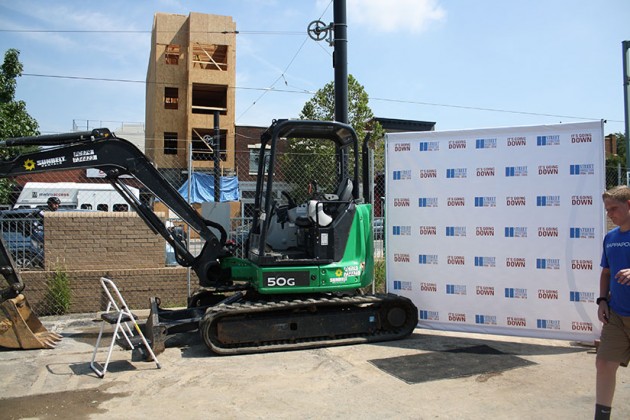 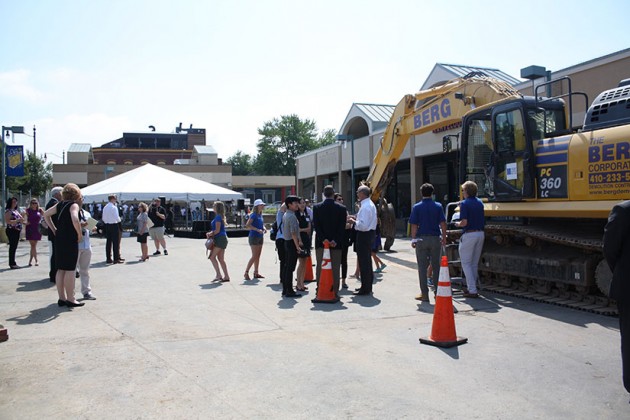 Mayor Muriel Bowser and other VIPs today helped begin demolition on what is set to become one of the H Street corridor’s largest developments to date, but not without some opposition.

As Bowser and business leaders heralded the redevelopment of the H Street Connection at 901 H St. NE, about a dozen demonstrators stood outside a fence surrounding the property, voicing their frustration about the site’s future to the people inside the gated area.

“If black lives matter, why did you have me escorted from your office?” one woman yelled at Bowser.

Added another protester: “I don’t need a mic to voice my opinion.”

The shouts came soon after the mayor used an excavator to rip into the old strip mall and touted the work the D.C. government and businesses have done to revitalize the H Street corridor.

“We have seen tremendous investment from the city and private sector and a lot of sweat and equity from the neighborhood here on H Street, haven’t we?” Bowser told a crowd gathered inside the fenced-in area. “We want to be there so all the businesses and community members can prosper with the good times.”

The project by developers Rappaport and WC Smith is set to bring an eight-story, mixed-use building with 420 apartments atop 45,000 square feet of retail space and underground parking. The complex also will have affordable housing, Bowser said.

Rappaport CEO Gary Rappaport had thought about this redevelopment project for years, according to the Washington Business Journal. He built the original H Street Connection in the mid-1980s to replace the rowhouses that were destroyed during the 1968 riots.

“I feel a little sadness,” Rappaport said. “This has been the only project in my career that I have developed that I am now demolishing. I guess that says that I am growing a little older.”

Construction for the new development is slated to end by early 2018, according to Bowser.