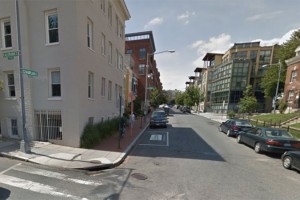 Two thieves with a gun stole a motor scooter from a man in Adams Morgan last night, police said.

The armed scooter-jacking happened on the 2300 block of Champlain Street NW about 10:30 p.m. Wednesday.

The victim was working on his Honda Elite scooter just north of the Marie Reed Recreation Center when a man and another person approached, according to authorities. One of the new arrivals then showed a handgun tucked into the waistband of his pants and ordered the victim to hand over the keys to the vehicle.

The man with the gun and his accomplice drove off on the scooter soon after.

Two men also robbed someone at gunpoint in Columbia Heights this morning, according to authorities.

The armed robbery occurred near the DC USA retail development on the 1400 block of Irving Street NW about 5 a.m.

A man hit another man in the back and robbed him in Columbia Heights yesterday afternoon, too, police said.

The violent robbery happened on the 1300 block of Columbia Road NW about 3:15 p.m. Wednesday.

The victim was walking about a block south of the neighborhood’s Metro station when a man and another person came up to him from behind, according to authorities. One of the two individuals then whacked the victim, causing him to drop his iPhone.

The attacker and his accomplice then grabbed the cellphone before fleeing.

Police said in a crime alert they’re looking for:

more stories
Previous
Where to Boo and Hiss Donald Trump on U Street Tonight
Next
‘Zinesters’ to Gather in Columbia Heights for D.C. Zinefest This Weekend