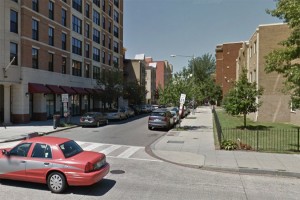 A woman stabbed another woman in Columbia Heights this afternoon, police said.

The stabbing happened near a park on the 1400 block of Girard Street NW about 1:45 p.m.

The victim was conscious after the attack.

Police said they’re looking for two women in connection with the assault.

Authorities haven’t released any other information about the crime at this time.

more stories
Previous
‘Zinesters’ to Gather in Columbia Heights for D.C. Zinefest This Weekend
Next
Like Cocaine? Local Hawks ‘Tony Montana’ Table on U Street Corridor