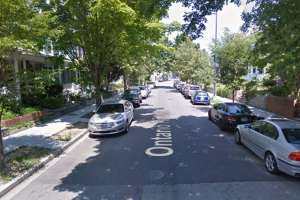 A group robbers armed with a Taser shocked and hit one person and beat up another during a robbery in Adams Morgan early Saturday morning.

The crime happened on the 2300 block of Ontario Road NW just before 1:30 a.m. Saturday, police said.

Four men were walking along Ontario Road when they were approached by a group of 10 people, according to police. One of the people in the group pulled out a Taser and shocked one of the men while others in the group hit the man in the face, authorities said. The group also allegedly beat another man during the robbery before running off with two wallets.

Police arrested 20-year-old Willie Anthony Hill and 18-year-old Johnathan Smith in connection with the crime but did not release information regarding the other suspects.

Police are also on the lookout for someone who sexually assaulted a woman near Farragut Square over the weekend.

Authorities said a woman was sitting near the intersection of 17th and K streets NW around 2:30 a.m. Saturday when she was approached by a man who sexually assaulted her.

The suspect is described by police as a “Hispanic male, 25-28 years of age, 5’3” in height, wearing a blue and white striped button-down shirt, and black pants.” Authorities are asking anyone with information to contact them.