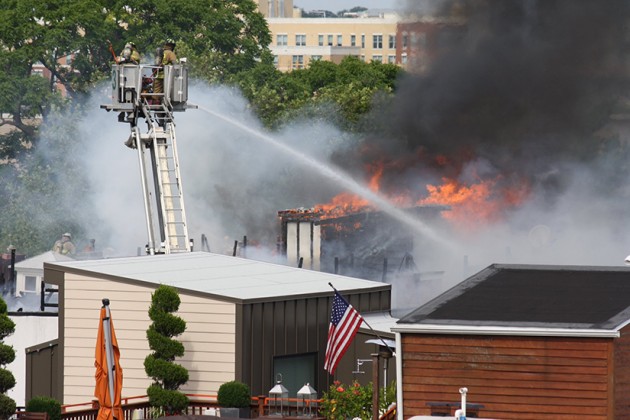 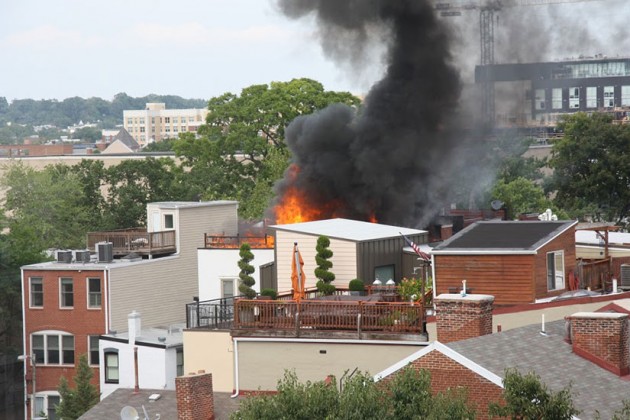 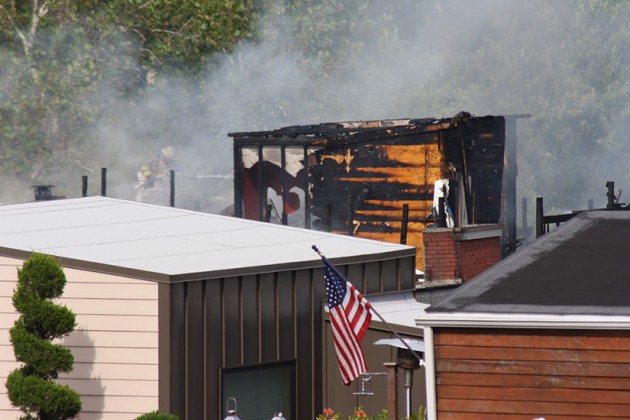 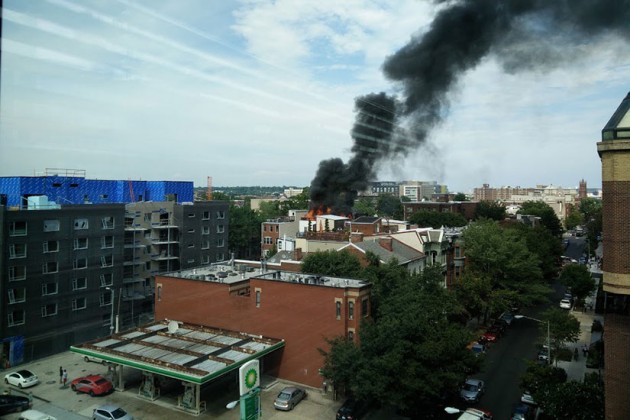 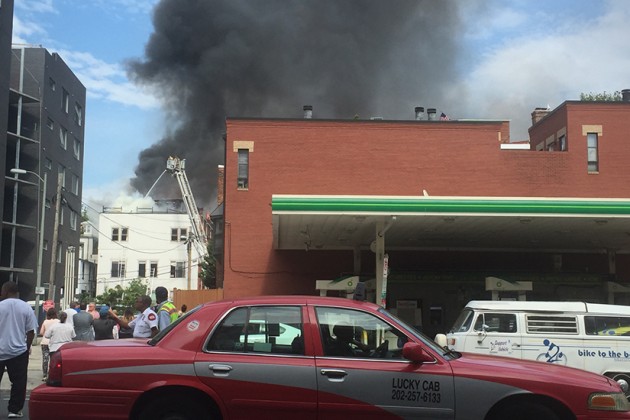 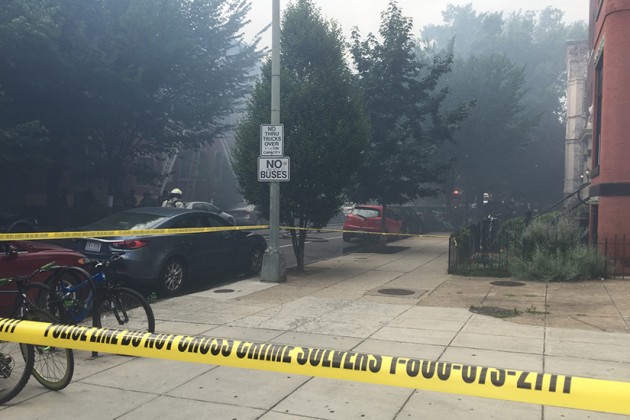 Update on Wednesday, July 27 — The dog burned in yesterday’s fire is “doing well,” D.C. Fire and EMS officials said today. “Lucy, an 11 year old Rat Terrier burned escaping the 12th St fire, is doing well after we had rushed her to a vet,” officials said in a tweet.

An apartment building caught fire in Logan Circle this afternoon.

The fire started on the roof an apartment on the 1300 block of 12th St. NW and spread to the third floor just before 4 p.m., according to D.C. Fire Chief Gregory Dean.

Crews could be seen using a tower ladder to douse the flames. The fire was reported knocked down just before 4:40 p.m. today.

No tenants were injured in the two-alarm blaze, according to D.C. Fire and EMS officials, but a dog was “badly burned” and taken to an animal hospital.

We continue to attack the fire and working to prevent spread to adjacent building. No injuries at present pic.twitter.com/wd985UpeCm

Several streets across the area were closed to traffic while crews fought the fire:

more stories
Previous
Meet the ‘Fry Brothers,’ a Duo Aiming to Change How We Eat Fries
Next
Borderstan Brief