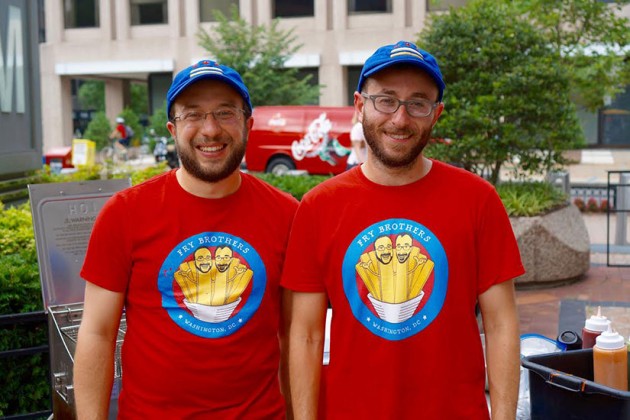 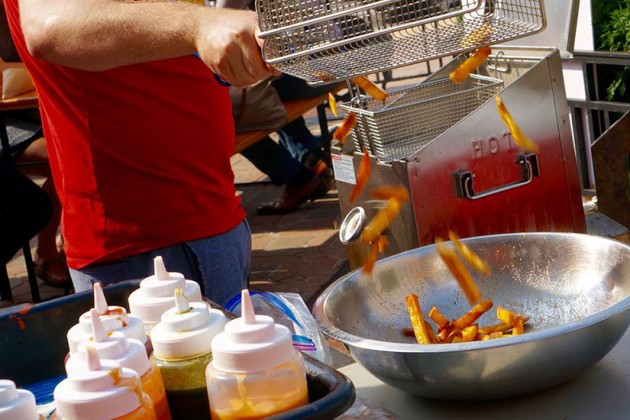 Together, Lubens and Chiacchiaro — the “Fry Brothers” — sling piping hot cones of Belgian-style potatoes at their pop-up fry shop at Canteen (2100 M St. NW) on Fridays and bars and breweries across the District on Saturdays.

The idea to run a shop centered around french fries started more than a year ago.

“We were both interested in food and working with food,” Chiacchiaro said. “I had gone to New York and Boston and realized that a lot of french fry places existed, but none in D.C.”

But it wasn’t until this past winter that the two friends set their plans into motion by devising ways to make their taters unique.

Their idea: Turn the crispy fried potatoes into vessels for flavorful sauces. So, they created a batch of dippers that felt more fun than ketchup.

“We create sauces based on dishes, and we know what goes into the full version of that dish and how it’s prepared [and] made,” Chiacchiaro said. “If we want to keep on eating it, we’re sure our customers will want to as well.”

And there might be more sauces on the way, such as Peruvian green chili, Lubens added.

“We don’t have a shortage of idea for sauces,” Lubens said. “We have a lot of our own ideas, and we get a lot of ideas from customers as well.”

In addition to working on new sauces for the menu, Lubens and Chiacchiaro are trying to find a more permanent location inside an existing business, like a coffee shop.

“We want to make food people want to eat,” Chiacchiaro said. “Food that is delicious. We’ll travel for good food, and we think other people will, too.”

Find out where the Fry Brothers will pop up next by visiting their Twitter page.