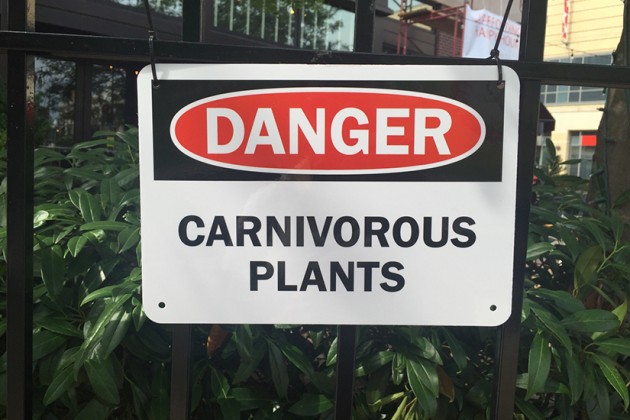 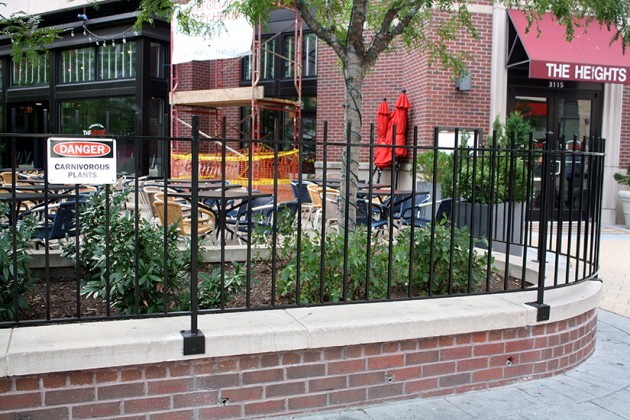 Someone attached the strange sign to a fence near The Heights restaurant (3115 14th St. NW) yesterday, igniting a frenzy of speculation about its origin on Twitter and PoPville.

But the sign didn’t come from the restaurant, nor did it come from an agency of the District. It came from a local artist hoping to poke fun at the fence that some speculate was built to stop people from sitting down.

“The fence was erected around the plants a few weeks ago. Some people thought it was to stop people from sitting there, but such a thing would be ridiculous at such a busy plaza,” said the alleged artist, who did not want to share their identity with us. “It was obvious it was to protect people from the plants.”

The artist — who said to refer to them as a “D.C. resident [with] an urge to rewatch Little Shop of Horrors,” added that the warning label is an original design.

Jokes aside, the unnamed artist said the purpose of the sign was to get people talking about the fence, which many see as the latest salvo in a war on public spaces. And although an employee with The Heights removed the sign earlier today, the artist told us they felt like they already achieved their goal.

“Sparking a wider discussion on the purpose of the fence has so far proven it all worthwhile,” the artist said.