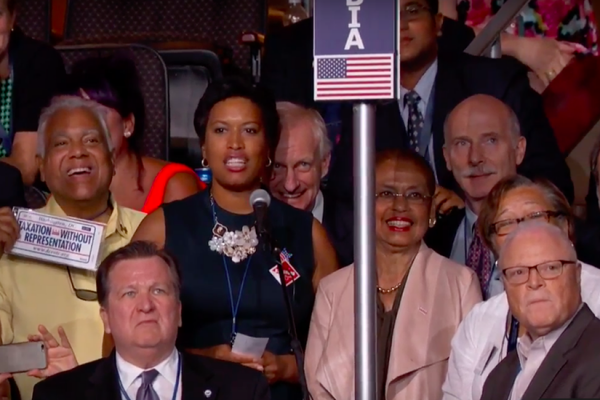 Bowser Stumps for D.C. Statehood at DNC — Mayor Muriel Bowser led the District’s Democratic delegates in pushing for D.C. statehood during yesterday’s Democratic National Convention. “Madam secretary, I’m the mayor of the District of Columbia, the best city in the world and soon to be the 51st state in our great union,” Bowser said to cheers from the audience. “We are 670,000 taxpaying Americans just like you, and with statehood, and only with statehood, will we have votes in Congress just like you.” [Washington Post]

Metro GM Proposes End to Late Night Service — The Metro may no longer run into the early morning hours. Metro General Manager Paul Wiedefeld said yesterday in an announcement he will propose closing stations at midnight Monday through Saturday and at 10 p.m. on Sundays. [Washington Post]

Thousands Sign Up for ‘Pokewalk’ at National Mall — Thousands of people say they’ll catch gather en masse and some Pokemon at the National Mall this weekend. [DCist]