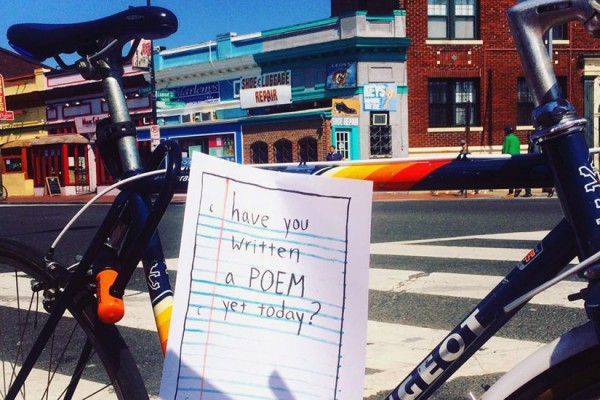 Mount Pleasant soon will have published poets to call its own.

“There are over 100 poems in the book, written by all ages on all topics, ranging from the silly to the serious,” Oliver Bendorf, co-founder of Mount Pleasant Poetry Project, said in an email.

Added Temim Fruchter, the other co-founder of the Poetry Project: “We kept interrupting each other to read [the poems] aloud, because they were just so great.”

Bendorf and Fruchter will have some copies of the free anthology at the party and will leave the rest of the books at the places that hosted the dropboxes.

Food and drinks, such as cake, chips and guacamole, and Jarritos sodas, are on the menu for the celebration. The co-founders also plan to have local poet and activist Quique Aviles give a brief poetry reading at the party, Bendorf said.

“I think people have felt inspired and excited by the opportunity to connect to each other around poetry… and that’s a really cool thing,” Fruchter said.