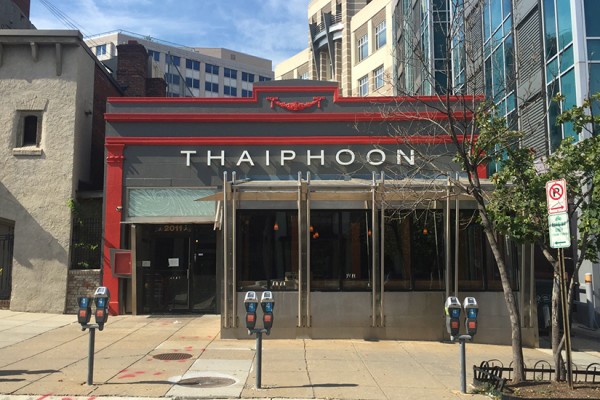 A longtime Dupont Thai restaurant is set to debut a new look when it reopens later this week.

Thaiphoon, located near the northern edge of Dupont Circle at 2011 S St. NW, will open its doors and unveil its “new and fresh” as soon as tomorrow, said to general manager Lloyd Angus.

The restaurant, which ran under Mai Thai owner Woody Tongrungs until it was sold to a new owner in 2014, closed for remodeling about three weeks ago. The reason for the facelift, Angus explained, is that Tongrungs bought back his old restaurant after noticing it was “not living up to its standard.”

“The previous owner had done some remodeling of his own, but the building itself just needed to be worked on,” Angus said. “Business had slowed down so much it was a good time to make everything like new. We want out old customers to come back and see everything new and fresh in a different environment.”

Diners can expect to see some new items on the menu, Angus added. Offerings on the updated menu include basil shrimp and salmon and grilled trout wrapped in banana leaves. The restaurant will also serve such mainstays as spring rolls, crispy tofu and chicken satay.

“Our chef was brought over from Mai Thai Georgetown and she’s been amazing,” Angus said. “Everything is made by hand and fresh.”