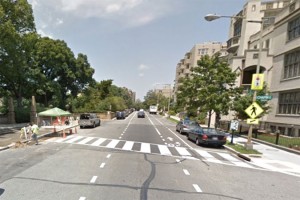 Two men armed with a knife sexually assaulted and robbed a man in Meridian Hill Park this past weekend, police said.

The armed robbery occurred near the park’s entrance at 15th and Chapin streets NW about 2 a.m. Sunday, July 31.

The victim was walking in the area when the two men popped out from behind a parked car, according to authorities.

One of the men then put a knife to the victim’s chest and grabbed his hands. The duo soon after directed the man into some bushes in the park, where one of the men sexually assaulted him and took his iPhone 6 and wallet before fleeing, police said.