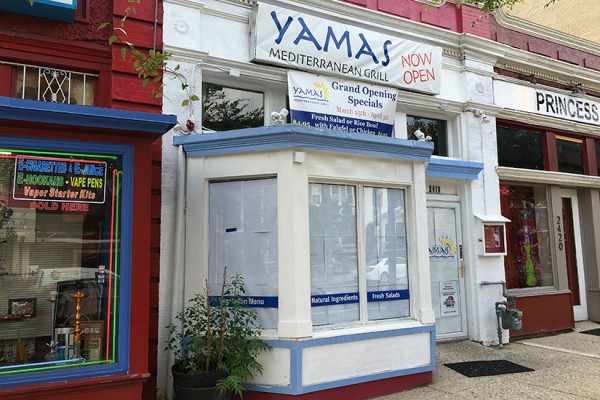 A fast-casual Greek restaurant that opened in Adams Morgan earlier this year has turned off its lights for the last time.

Alexis said he couldn’t devote time to the eatery as he helped care for his ailing 95-year-old father, George, who died last week. George, a Greek immigrant and restaurateur, fell and broke his hip shortly before the opening.

“Unfortunately, the restaurant business is getting tougher and tougher,” Alexis said. “I couldn’t pay attention to it. I couldn’t get the level of service I needed because I didn’t have the time to train people.”

The restaurant is set to become a Vietnamese restaurant, which is slated to open in a few weeks, Alexis said.

“I was looking forward to getting to know Adams Morgan and their diverse community,” he said.

Despite his struggle with the Adams Morgan Yamas, Alexis said he has no plans to close his Yamas eateries at 1946 New Hampshire Ave. NW and in Bethesda.

The location near the U Street corridor is set to get a grill for cooking hamburgers and lamb chops in September, he noted.