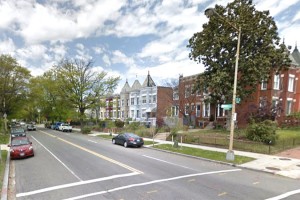 Three thieves with guns robbed a man and tied him up with a cord and a shower curtain near the H Street corridor yesterday afternoon, police said.

The armed robbery occurred on the 1000 block of K Street NE about noon Monday.

The victim was outside a home in the area when one of the robbers came up to him, according to authorities. One, or both, of them then smoked a cigarette. But it wasn’t clear whether they knew each other.

The thief eventually left and returned with two armed individuals. The victim and the three people went inside the home soon after.

Once inside, the trio held the victim at gunpoint, while one of them restrained him with the shower curtain and cord. The robbers then grabbed the victim’s cellphone, credit cards and some of his other belongings before fleeing.

A would-be thief also tried to use a lighter that looked like a handgun to rob a woman in Dupont Circle early yesterday morning, according to authorities.

The victim was entering an apartment building about three blocks north of the Dupont Circle traffic circle when the would-be robber and two or three other individuals came up to her, according to authorities.

“Give me your purse or I will fire,” the would-be thief said, holding the lighter, according to a police report.

The woman then said she would contact police. She went inside the apartment building to call them soon after.

Cops stopped someone in connection with the crime. But it wasn’t clear if they arrested the individual.