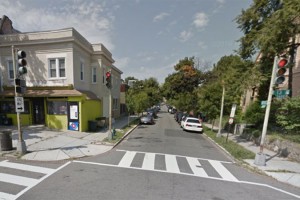 A group of teenagers pummeled a man and robbed him in Columbia Heights last night, police said.

The victim was walking about two blocks southwest of the Raymond Recreation Center when three teen boys came up to him, according to authorities.

One of the teenagers then covered his face with a mask before all three of them started to punch the victim’s face and other parts of his body. The boys soon after got the man’s iPhone and wallet and fled.