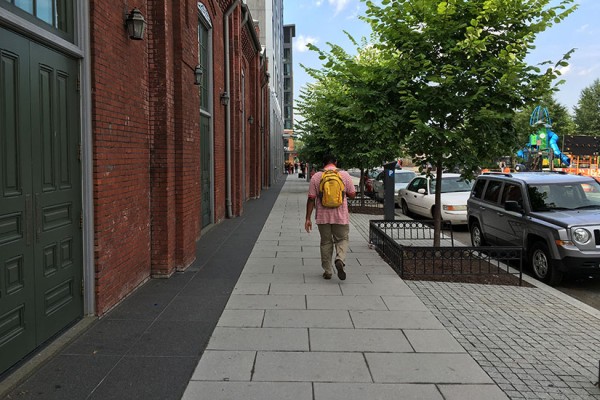 Anti-Semitic Graffiti Appears in Chinatown Crosswalk — The word “Jew” was put on rat illustrations that are part of a crosswalk with drawings of 12 lunar zodiac symbols at 7th and H streets NW. Police said yesterday they were investigating the incident. Workers with the DowntownDC Business Improvement District and the District Department of Transportation were dispatched to remove the graffiti. [DCist]

Firefighters Put Out Fire in Columbia Heights — Firefighters this morning extinguished a fire in an apartment building on the 1400 block of Girard Street NW. No injuries were reported. [Twitter/DC Fire and EMS]

D.C. Parks Department Plans Staff Training After Banneker Pool Misgendering — The D.C. Department of Parks and Recreation is working to improve staff training and update its complaint system after a group of transgender people said they were harassed by Banneker Pool workers last month. [DCist]

Restaurant With Distillery to Open in Mount Vernon Triangle This Fall — Farmers & Distillers, the distillery and eatery from the restaurant group behind Founding Farmers, is scheduled to open in November with a George Washington theme. [Eater DC]