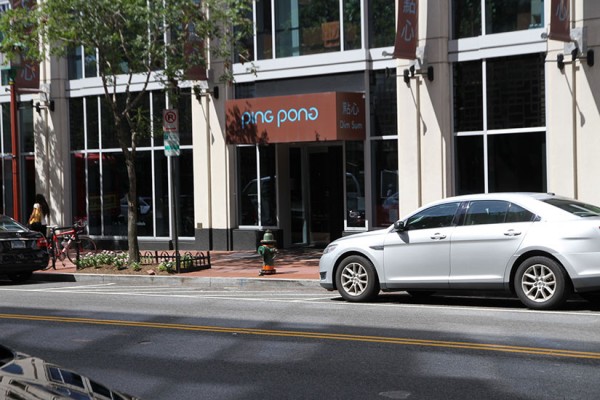 (Corrected on Aug. 8 at 8:45 p.m.) This article has been corrected to reflect that Ping Pong Dim Sum was closed temporarily, not permanently, as originally reported.

An Asian dumpling restaurant is back in business in Chinatown after closing briefly to repair its air conditioning system, a representative of the eatery told Borderstan.

On Thursday, Aug. 4, the restaurant appeared to be out of business for good. An OpenTable reservation page for Ping Pong Dim Sum said the eatery was “permanently closed.” Its main phone line also was disconnected.

The closure would have marked the end of the London-based Ping Pong Dim Sum chain’s time in the District. Earlier this year, the chain closed its Dupont Circle outpost.

more stories
Previous
Inside Real Estate With Kevin: How Are Real Estate Agents Paid?
Next
Virtual Reality Arcade to Open in Dupont