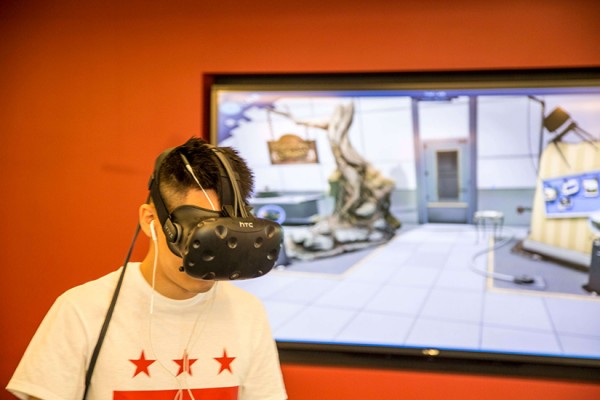 (Updated at 3:05 p.m.) Zombies are slated to arrive in Dupont Circle this month. But only virtual reality gamers in an office building will have the opportunity to fight them.

Tech company Notion Theory is set to transform a six-person office in the neighborhood into the District’s first arcade for people who want to defeat monsters and perform other tasks in virtual reality.

“When you think of traditional classic arcades, you picture a room that has all these boxes with a bunch of electronics for a single game,” Notion Theory CEO Kristian Bouw said. “The VR arcade is a room people can walk into, but it only has a headset, controllers and sensors in the corners of the room. It minimizes the arcade experience.”

To create the arcade, Notion Theory will set up a 150-square-foot play area with sensors, he said. Gamers with an HTC Vive virtual reality headset and controllers then can move freely about the space as they try to stop a zombie apocalypse, defend a castle or cut up fruit, among other activities.

“You can’t really explain to someone what VR is,” Bouw said. “You give them the headset and give them the controllers, and before they know it, they’re shooting bows and arrows.”

The arcade is scheduled to open Aug. 15 in the 1200 18th St. NW MakeOffices co-working space, which Borderstan and other companies use. Sessions cost $30 per hour.