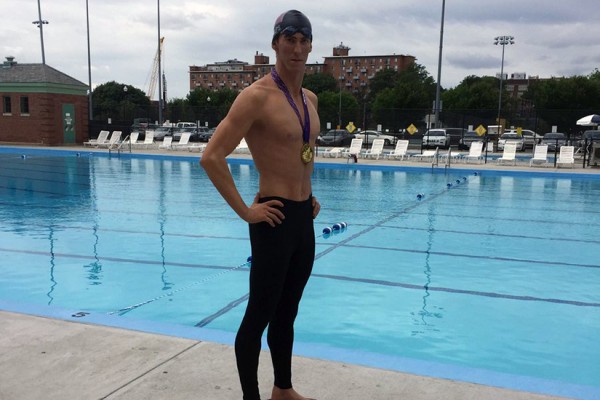 Staffers with D.C.’s Department of Parks and Recreation helped unveil the statue — which would resemble U.S. swimmer Michael Phelps if he was magically frozen in time — at Banneker Pool (2500 Georgia Ave. NW) earlier this morning.

A small crowd of people gathered to see and pose with the wax man with the thousand yard stare earlier today:

What’s with the faux-Phelps? The statue is the creation of Madame Tussauds, the wax museum chain that attracts scores of tourists downtown each year. Presumably, the wax dummy will now head to the museum, where it will be imprisoned for all time.

And more importantly: can it swim? Depending on what else it’s made of, possibly. Wax is fairly buoyant. It’s unclear, however, whether anyone threw it in the pool to test it out.