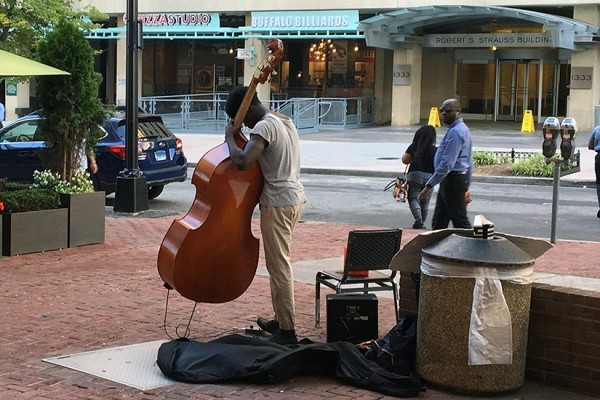 Authorities are also searching for the person who fired a gun several times on the 1300 block of S St. NW just before midnight on Saturday. According to police, “no one appears to have been injured but several adult males were observed running out of the block right after the sounds came out.”

M Street Chipotle Worker Wins Lawsuit — The build-your-own-burrito chain will have to pay $550,000 to a former worker at the 1837 M St. NW location who claimed she was fired in 2011 because of her pregnancy. [Washington Business Journal]

Police Searching for Men Wanted in Two Sex Abuse Crimes  — Police are on the lookout for two men connected to two separate instances of sex abuse. Police said someone “forcefully groped” a woman on the 1600 block of M Street NW on July 3. A shirtless man filmed last month is wanted in connection with the crime.

Additionally, police say a man filmed inside a Metro station is connected to a sex abuse crime that occurred on the 500 block of H Street NE on May 31.