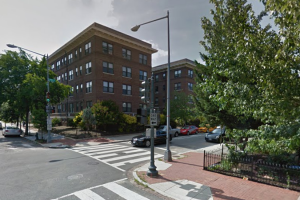 (Updated at 9:25 a.m. Tuesday) Someone beat up and robbed a man, then tried to force him to perform a sex act in Shaw early Sunday morning, according to D.C. Police.

A robber threw a man to the ground and punched him before patting him down for money, the police report says. When the robber found the man had no money, he told the man to perform oral sex on him. But the man called out to a bystander who came to his aid, causing the robber to run off with the man’s backpack, authorities said.

Police described the man as:

Authorities are also searching for someone who allegedly punched a man and stole his phone in Shaw early this morning.

According to a police report, a man was walking along 7th Street when he was passed by another man. Without warning, the man turned around and punched the victim, causing him to fall to the ground, police said. The robber then swiped the man’s phone and ran off.

A police officer recovered the man’s phone shortly after the crime occurred, but authorities are still on the lookout for the suspected robber, who is described as: