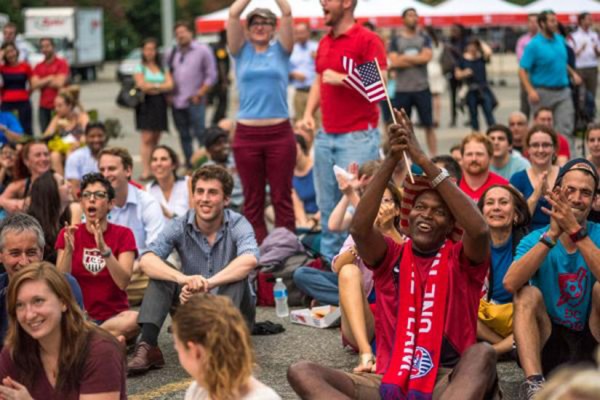 The U.S. women’s Olympic soccer team is set to get its match tomorrow beamed live to an outdoor screen in Mount Vernon Square.

The free showing is scheduled to begin on the Carnegie Library grounds (801 K St. NW) at 6 p.m. Tuesday, when the United States kicks off its game against Colombia, according to a news release.

Hosted by the U.S. Soccer Foundation, EventsDC and the Colombian Embassy, the watch party will include food trucks and “soccer pool,” in which participants can kick around balls on a large surface intended to mimic a billiards table.