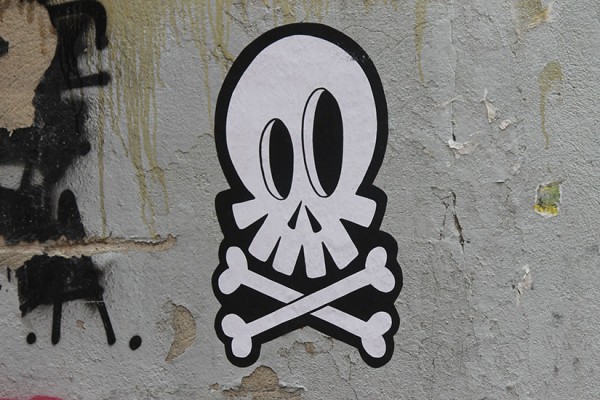 Anti-Semitic Graffiti Returns to Crosswalk in Chinatown — Someone has again defaced a crosswalk in Chinatown with the the word “Jew.” A vandal first scrawled the word onto a section of a public art installation depicting the 12 lunar zodiac symbols last week, prompting an investigation from D.C. Police. This is reportedly the third time in one week the slur has appeared on the crosswalk. [DCist]

Former Park View Schoolhouse to Become Mixed-Use Development — A developer has plans to convert the former NationHouse school at 770 Park Road NW into a nine-unit apartment building with space for commercial tenants. [UrbanTurf]

Red Line Could Have Spanned Rock Creek — Trains on Metro’s Red Line currently travel between Dupont Circle and Woodley Park under the ground, but it wasn’t always planned that way. Early drawings made while officials were planning the rail system show an alternate future where trains would have traveled across the bridge that stretches Connecticut Ave. NW above Rock Creek. [Greater Greater Washington]

Condiments Showcased at Tasty Burger — Tasty Burger, the Boston-based burger joint that opened near the 9:30 Club last month, serves an array of eclectic condiments such as spicy ketchup and “fry seasoning,” a mixture of sweet and savory spices. But no mumbo sauce, at least not yet, says owner David DuBois. [DCist]