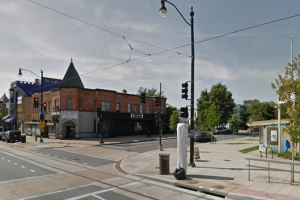 Someone in a group of kids threatened a man with a box cutter after he called the cops on them for “tampering” with bikes on the H Street corridor yesterday evening, according to D.C. Police.

The incident started when after a man saw a group of kids “tampering” with bikes on the sidewalk, a police report said. When the man approached the kids and told them he wasn’t leaving until the police arrived, one of the kids produced a box cutter, prompting the man to pull out a pocket knife. The man was able to flag down several passing police officers before a fight broke out, however.

The officers arrested the kid with the box cutter and nobody was injured during the standoff, police said.

Additionally, someone broke into a school for children with disabilities in Columbia Heights yesterday, police said.

A burglar threw a rock through a window at the Easter Seals Child Development Center (2800 13th St. NW) and entered the building around 4:30 a.m. yesterday, according to authorities.

Once inside, the burglar broke a lock on an office cabinet and rummaged through it. The burglar did not take anything from the cabinet before leaving, police said.